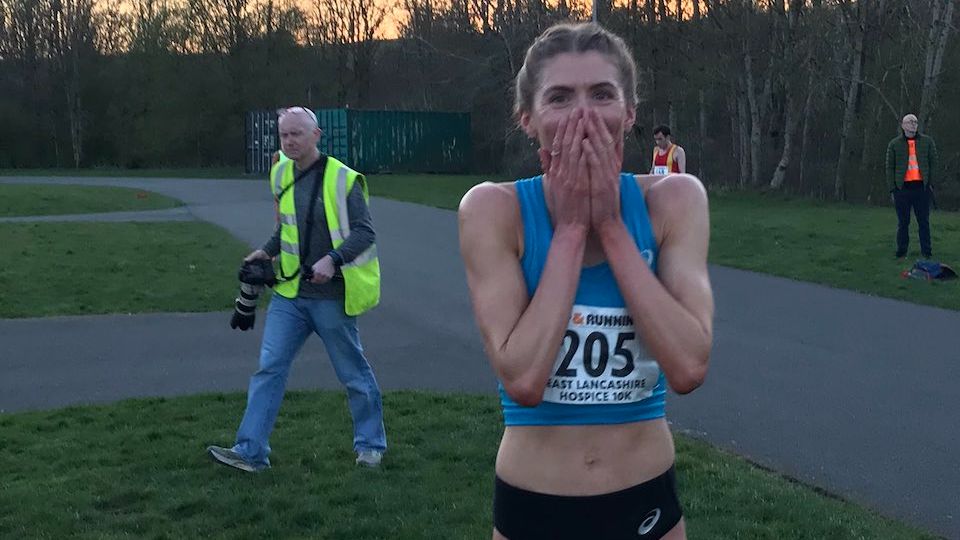 Scottish Olympian Beth Potter delivered a magical performance on Saturday night, smashing both the British and world records for a woman running 5k on the road. Potter, a former British 10,000m champion and Commonwealth Games finalist, was taking part in the mixed Podium 5K race in Barrowford, Lancashire.

The 29-year-old Rio Olympian, who is now a professional triathlete, crossed the line in an incredible 14.41. She told BBC Radio 5 Live: "It all started to sink in when I had about a kilometre to go and I saw the clock said 11 something and I was trying to do the maths in my head. I was convinced the clock was wrong, I couldn't believe it."

Potter’s time beats both the current world record of 14.43 set by Kenya’s Beatrice Chepkeoch and the British record of 14.51 set by Paula Radcliffe.

The former Victoria Park Glasgow runner now faces an agonising wait while her performance is ratified by officials reviewing the event’s licences, course accuracy and elevation, presence of officials and drug-testing policies – before (hopefully) being accepted as an official world record.

Whether accepted as the world's new best or not – something considered unlikely by Athletics Weekly – Potter’s run reignites the debate about the role of turbo-charged footwear in the revision of so many records.

While taking nothing away from Potter’s fitness and talent, many commentators – including Liz McColgan – have pointed out that Potter was wearing the new Metaspeed Sky – Asics’ response to the carbon-plated Nike Vaporfly behind so many other broken records.

Potter’s previous PB for the distance was 15.24, set at the same Podium 5K event – billed by organisers as ‘the fastest course in the country’ – in August 2020.