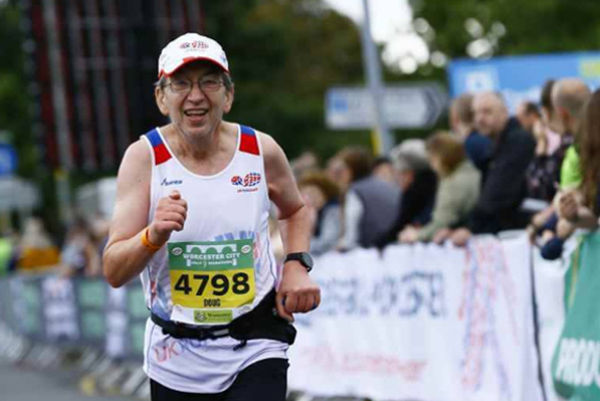 Doug’s Seven in Seven milestone on his running journey

In his second book, “Can We Run With You, Grandfather?”, adventure runner Doug Richards shows age is no barrier as he reaches his goal of completing seven half marathons on seven continents before his 70th birthday.

Redditch-based Doug is a testament to the power of running and its ability to change lives for the better. He was a late convert to the sport, only lacing up his trainers in middle age but hasn't looked back since then and continues to set targets even as he enters his eighth decade.

He has completed races in many corners of the globe and combines his love of travel and running with other like-minded souls, many of who have become good friends. Closer to home, he is a regular participant at Arrow Valley parkrun and recorded his 250th in January this year with 500 in his sights.

In his first book, 'Running Hot & Cold' he’d run on four continents – Africa, Europe, North and South America and in this book, he talks about his experiences of running in Asia (Myanmar), Australia and Antarctica. This friendly, down to earth man embraces different cultures and lifestyles and was prepared to go outside of his comfort zone as he describes how he conquered his fear of heights by climbing up Sydney Harbour Bridge.

In the Antarctica Half Marathon, Doug was fortunate to witness an awe-inspiring performance by two humpback whales in one of the most beautiful yet inhospitable places on earth. He finished 35th out of 83 runners to best extremely challenging conditions and realise he’d fulfilled his dream.

Doug shows no sign of slowing down with a four island adventure planned for 2019 involving two oceans, two seas and 10 races from 5K to a marathon. Watch this space...