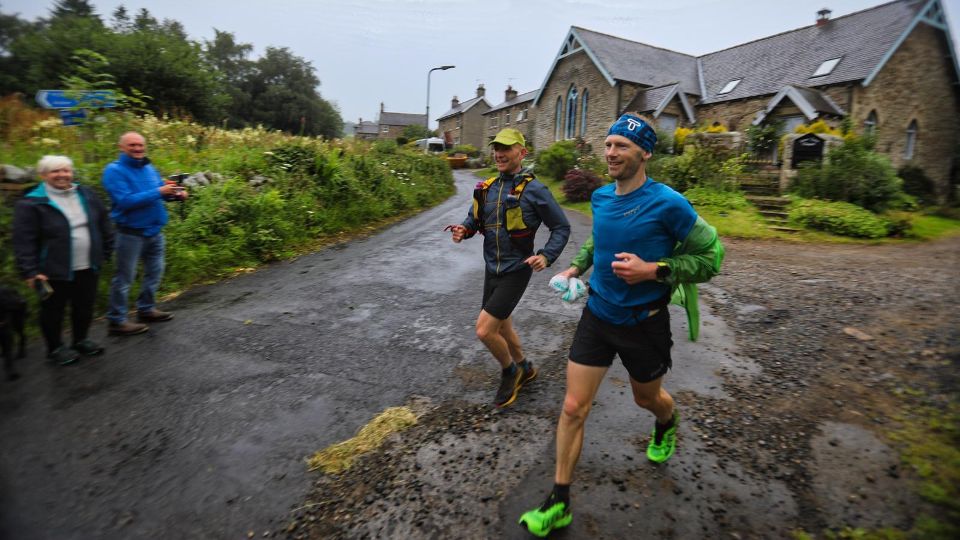 Ultra runner, UKA coach, journalist and climate change campaigner Damian Hall has set a new record of 61 hours and 34 minutes for the 268-mile Pennine Way. He and his team of pacers picked up litter at the same time as they dealt with constantly changing weather on one of the oldest and toughest National Trails.

A man of many talents, the inov-8 ambassador is no stranger to record-breaking runs having completed the UK’s longest National Trail - the South West Coast Path – a distance of 630 miles starting from Minehead in Somerset and finishing at Poole Harbour in Dorset. He ran this in 10 days, 15 hours and 18 minutes.

For the Pennine Way, Damian chose the same route - from north to south - as Mike Hartley who set a record time of 65 hours and 20 minutes in 1989. He wrote about this endurance feat before he took up the sport and never thought he'd achieve something like this. Fast forward to 2020 and together with a team of 11 pacers he set off at 6am on Wednesday 22 July from Kirk Yetholm in the Scottish Borders.

They tackled difficult terrain and conditions whilst clearing litter from the trail which they kept in their race vests before handing it to support crew at meeting points. Two and a half days later they reached Edale in Derbyshire. Their route took in a section of Hadrian’s Wall and total elevation that exceeded the height of Mount Everest.

In keeping with his environmentally-friendly lifestyle, Damian did not consume animal products or use plastic during his run and this record-breaking challenge was certified ‘carbon neutral’ by Our Carbon. He ran the Pennine Way on behalf of Greenpeace UK and has raised over £4,000.

Damian Hall thanked everyone who supported him with his ‘incredible’ team singled out for particular praise who he credits with getting him through the inevitable low spells.