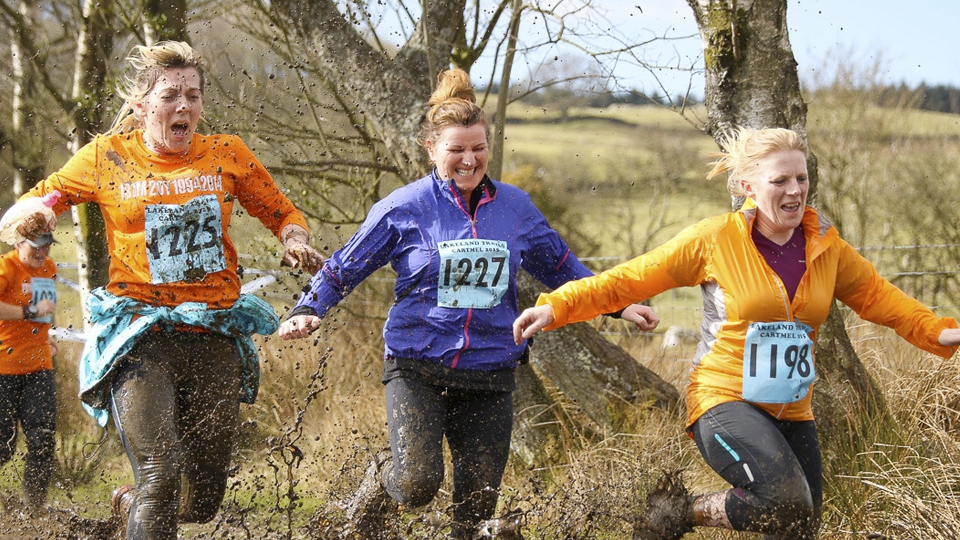 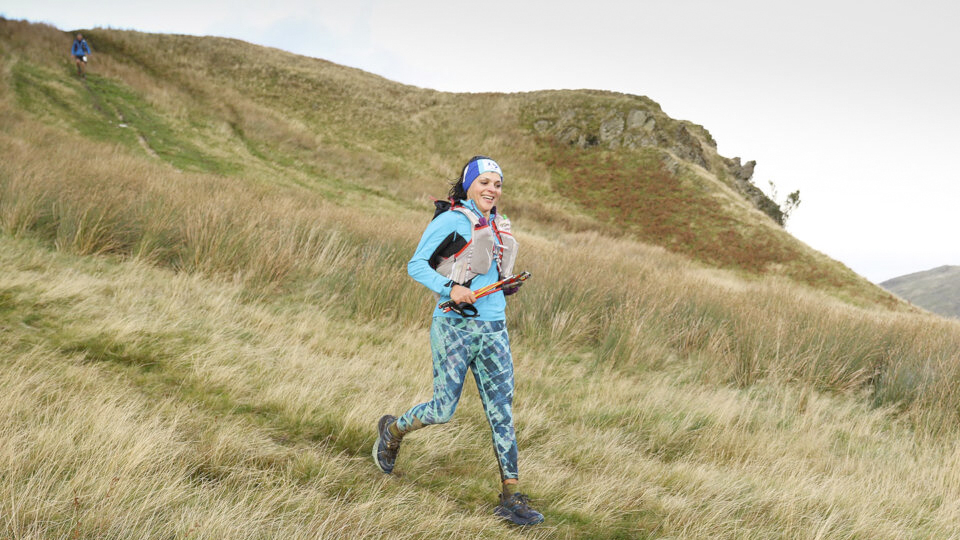 A Day In The Lakes 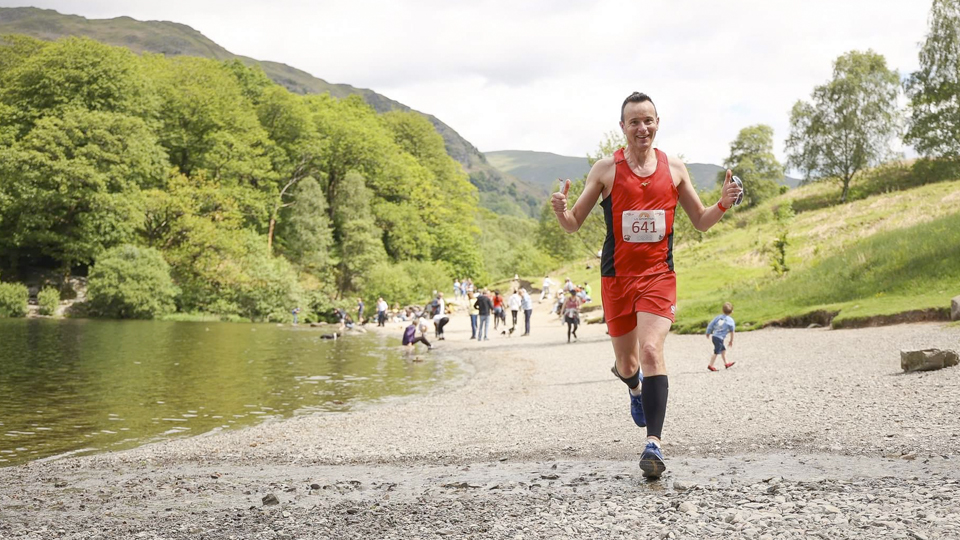 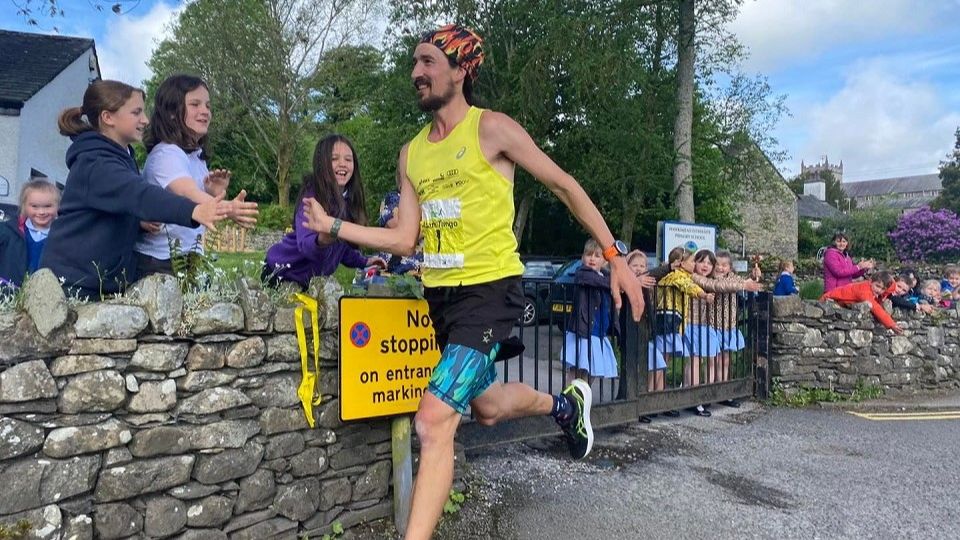 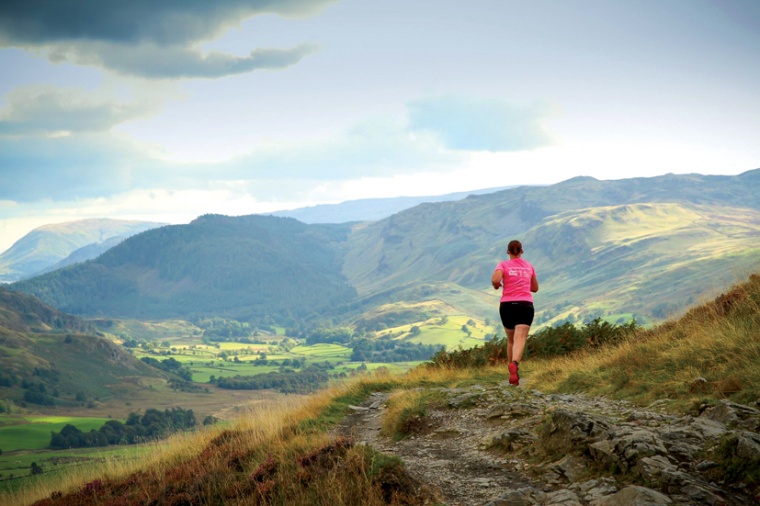 After a cursory glance at the area's running clubs it becomes immediately obvious that there is a particular passion for one type of running in Cumbria: fell running. The area has produced some fell running greats such as Kenny Stuart, Billy Bland, and Joss Naylor. Though there is much more to the area than fell running, as runABC North found out.

Cumbria's terrain is varied, offering trails, road, woodland and bridle paths. You can immerse yourself in the history of the area, as Wainwright often did, or run alongside Hadrian's Wall.

One club that takes advantage of the array of terrain on offer is Keswick AC. The club describes itself as specialising in 'fell and road running' but that and more. We find out about the club from secretary Sam Stead, who is keen to debunk the myth that Keswick AC is just for 'serious runners'.

On the subject of 'less serious' runners, a number of groups have sprung up in recent years with an increasing number of Cumbrians taking to the activity. Jo Falconer from female-only Fellside Runners tells us about her group and how it keeps her motivated during the winter months.

Also serving to motivate runners is the great selection of races on offer. Clubs and groups are kept busy throughout the year with a race calendar brimful of top quality events. The Lakeland Trails series holds various races across the county, including Coniston, Keswick and Helvellyn, ranging from 10s to 110K ultras. The aforementioned Keswick AC organises many of their own events including Derwentwater 10, now in its 56th year, and the slightly more undulating Skiddaw Fell Race. Also attracting a huge field each year is the Great Cumbrian Run in Carlisle.

The area is well serviced by running retailers Pete Bland Sports in Kendal and Carlisle's Chivers Sports. Cumbria may not be the biggest county in the north of England, but it's quite possibly the boldest.

Check out some of what Cumbria has to offer to runners below.

If you know of or operate a running club in Cumbria and would like to add it to our list, then get in touch with us here

With over 40 years of running over the fells and roads of Cumbria (and beyond), Keswick AC is one of the county’s most decorated clubs. We speak to club secretary Sam Stead about the how the club remains competitive whilst still being beginner-friendly.

Tell me about Keswick AC

Keswick Amateur Athletic Club, (the ‘Amateur’ was dropped in 2003) was formally founded in 1972 at a meeting in The Dog and Gun pub. The legendary Ron Hill was invited to be club president by member Dave Ellison, and kindly accepted. It’s thought that our club colours of yellow and green were chosen to match the colour of the fells. The club has continued to grow over the years and many of the legends of fell running have been members. Although the main core of the club’s membership comes from Keswick and surrounding area, there are also members from throughout the UK and around the world.

How many members are there?

We have around 200 members. In terms of age, our youngest member is just three and a half! Our oldest members are in their late 70s. It’s quite a diverse club. Keswick is a very fitness-orientated town, so everyone here is active in some capacity. You don’t see any fat people!

Where and when do you meet up?

We have core sessions on a Tuesday but have recently expanded our programme to offer more throughout the week. We now offer midday sessions, which have proved very popular, particularly with our older members, but are not specifically aimed at any demographic.

What sort of distances do you do?

During winter we usually run within the town but in the lighter months we branch out and go further afield. We go out to various hills such as Latrigg, Skiddaw and Jenkin Hill. Jenkin Hill is notoriously difficult as it features a 40% incline, so we only do it occasionally. Local legend has it that Kenny Stuart ran the fastest ever mile whilst descending it in the 1983 Skiddaw Fell Race. There are so many great fells in the area, so we do a lot of summer fell runs and like to explore different areas. We’re really spoiled for choice when it comes to scenery; it’s basically a natural playground for running!

Do you organise your own events?

Yes! We have a central committee with individual race organisers taking charge of various events. Our two road races are Derwentwater 10 on 10 November, and Round the Houses in April. Derwentwater 10 is a 10-mile race now in its 56th year. We have too many fell races to mention them all. Latrigg Fell Race, the sister fell to Skiddaw, is also well liked. Our Round Latrigg race is a bit less gruelling. It’s a category B trail race and has been described as a ‘trail race on steroids’.

Do you take part in events outside Keswick?

We run all over the country - the FRA championships is something we compete in and win regularly. We also go to events in the Isle of Man and Ireland. We’re one of the few clubs who enter both the fell running and road running championships.

Is there a strong social element to the club?

Yes, definitely. We have an active Facebook group where we arrange a lot of social gatherings. Most people here work in the tourism trade, so we’re never short on ideas of things to do. We often have social runs and go to the pub afterwards. You can also join the club as a social member where you don’t have to run.

What would you say to someone thinking of joining?

We’re a competitive club but a friendly one. I think sometimes people get the wrong impression and think we’re really serious – we’re not. Having said that, it’s a great club to join if you want to improve your running form. I’m a perfect example – I came to club as someone who wasn’t much good but have progressed quickly as a result of being a member.

If you know of or operate a running group in Cumbria and would like to add it to our list, then get in touch with us here

Ladies of the Fells 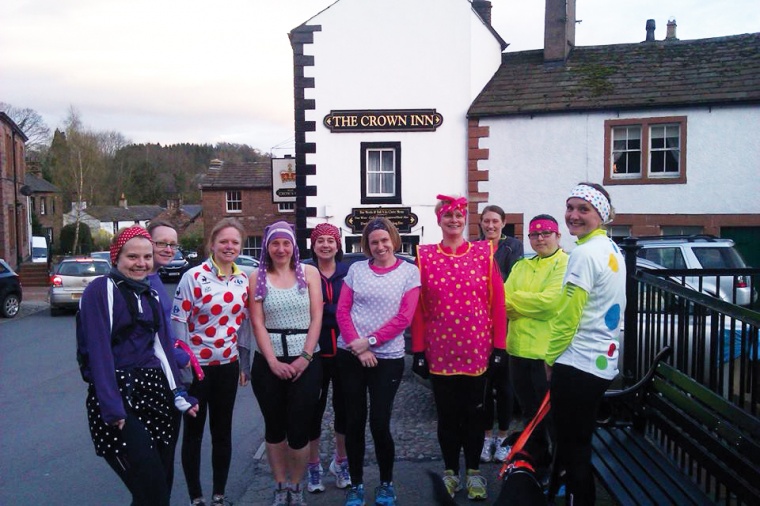 After taking up running in 2009, Jo Falconer was keen to get other women more involved in the activity. In 2012, she started her female-only group Fellside Ladies. She tells runABC North how the group has progressed since ...

I decided to take a Run England course so I’d be better qualified to lead my own running group,” Jo explains. “It started out with three or four people and grew through word-of-mouth. As we’re from a rural area, news spreads quickly.

The group now has around 55 members, meeting on Tuesdays in Kirkoswald, Penrith. There is a wide range of abilities within the group, from novice runners making the transition from walking to jogging, to those looking at tackling ultras.

I didn’t want people thinking ‘I have to be a runner to join,’ so we used Run England’s 10-week beginner’s running plan to introduce novices to the activity. We’re not elitist and are very welcoming to those who’ve never run before. We have a good base of those who run with us regularly, whereas others only come occasionally. Some members like to get involved in the social side of things but aren’t as keen on running. Our most subscribed evening is actually Pie Night – which is held at our local pub. We definitely don’t want to exclude anyone.

As well as running, the group is involved in a number of other fitness activities. “Being active is important to us so we take parts in all sorts of sports, including bike rides, walks and we use a swimming pool once a week too. We have an active Facebook group where most of our activities are organised. We also regularly take part in Penrith parkrun”

Being based in a rural area offers plenty of positives for runners but Jo admits it can sometimes leave you feeling isolated: “In winter there’s a temptation to just shut your door and never leave the house. That’s why having the group going is important as it gives us all an incentive to get outdoors and exercise together. Last year we had a Christmas Run where we all wore fairy lights. It’s a good way to keep your spirits high and was a lot of fun.

Overall, the area is great for running. It’s very scenic and I think it benefits from being close to the Lake District but not actually in it. So it’s less busy and you can enjoy the more peaceful side of running. We’re also close to the Pennines, so have those as an option. We’re lucky to have a variety of terrain, and do both off-road and on-road running. If you want to go running up some hills, you can. If you want to go meandering down some windy, country roads, you also can!

When asked about who the standout members of the group are, Jo is commendably diplomatic:

I think everyone is a standout member in their own way – I couldn’t single out one person. Everyone joins the group with different goals and they are able to achieve those through being part of Fellside Ladies.

Services for runners in Cumbria

Lakes Cottage Holidays is a company firmly rooted in the Lakes. Their cottages are well placed across the Lakes for you to partake in local parkruns or even an upcoming race! With over 25 years experience holiday letting in the area and extensive local knowledge, Lakes Cottage Holidays will find a great holiday cottage in the Lake District for you.

If you are offering a service to runners in Cumbria such as physiotherapy, sports massage, podiatry, personal training, nutrition advice etc please contact us here!

For details of Travel Lodge hotels in Cumbria go to their website.