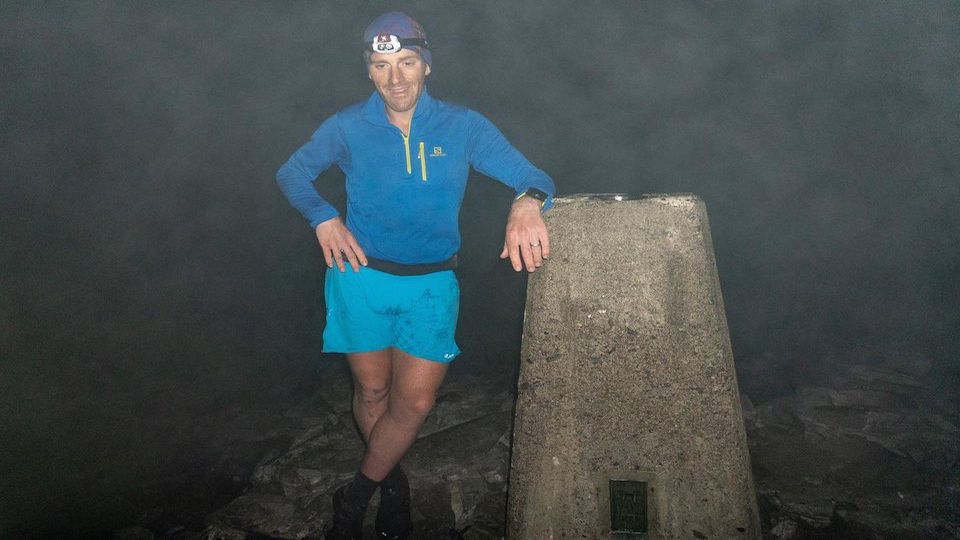 280 Munros in 31 days for Donnie Campbell

Most people who set out to tackle all Scotland’s 280 Munros give themselves a few years – or even a lifetime – to achieve their goal, but not Skye-born Donnie Campbell. The 35-year-old ultrarunner has just run, walked and climbed up them all in the space of a month.

In just 31 days, 23 hours and two minutes, with no days off, the former Royal Marine Commando ran a total of 886 miles, shaving more than a week off the existing, decade-old record of 39 days.

Campbell started his journey on the 1st of August, by tackling Ben More on the Isle of Mull; he finished, joined by some ‘close friends’, at 5.02am Wednesday, the 7th of September, on the summit of Ben Hope in Sutherland, our most northerly Munro.

Throughout his trek between the 3000ft peaks, Campbell was ‘self-propelling’: cycling 778 miles, as well as kayaking, between his targets. The supplies and support provided by his wife Rachael in their campervan allowed Campbell to focus entirely on his days, or, as he says, ‘run, eat, sleep and repeat’.

Most of Campbell’s days consisted of a 5am wake-up call and an average of 12 hours of running – except for the last two days, which ‘just kind of snowballed out of control’. Campbell ran for 48 hours over Monday and Tuesday ‘to make the most of the nice weather’ and pushed through from Kinlochewe to Ben Hope – bagging the nine Munros of the Fannichs – on Monday night alone.

After finishing his trek, Campbell acknowledged the scale of what he had achieved, but also admitted that ‘doing something you love every day and not having to worry about life in general is a nice way to live for a month’.

Campbell also said he would never do it again – and promised on his Facebook page Friday night to let Rachael ‘choose the summer holiday next year’.