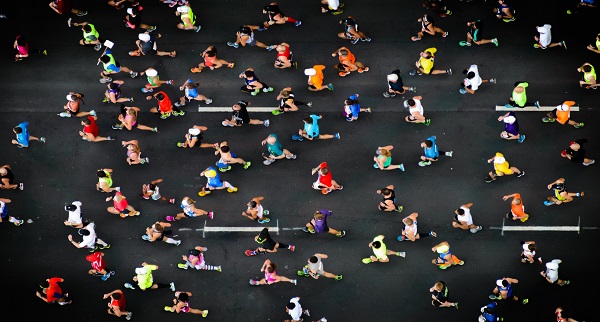 Thousands Set For Take Off At Gatwick

All roads lead to Crawley's Southgate Park on Sunday (13 May) for the inaugural British Airways Run Gatwick. We will have take off in the International Run Gatwick Half Marathon at 9am, followed by the 5K at 9:25am and the Family Fun Run concludes the action at 12:30pm.

Thousands of runners will take part in this exciting new event on fully closed routes through the parks, towns and beautiful West Sussex countryside that surround Gatwick Airport. Each element of British Airways Run Gatwick will have its own celebrity starter.

Colin Jackson CBE is the official starter for the International Half Marathon; Iwan Thomas MBE will get the 5K and Corporate 5K underway before joining in himself and Sally Gunnell OBE is in charge of hordes of excited children aged 4 plus in the Family Fun Run – good luck Sally!

All three former athletes are also ambassadors for Flying Start, the global charity partnership between British Airways and Comic Relief. The presence of these big names from athletics will be huge motivation to those taking part. Runners can also look forward to an inspiring race commentary from popular endurance runner and blogger Susie Chan who will be joined by fellow athlete Tim Morgan.

All runners will receive an impressive flight-themed medal. Runners and spectators should visit the British Airways BASE CAMP and fan zones, where fun activities and games will be taking place. The race village will provide a huge bag drop, festival stage with live music and commentary, pre-race warm-up with Sally and Iwan and plenty of food and drink options. The half marathon will have a team of Xempo pacers running target times in 10-minute intervals from 1:30 to 2:20.

Race Director Dave Kelly said: “The inaugural British Airways Run Gatwick is fast approaching and I would like to wish runners the very best of luck in their chosen race. For novice runners through to experienced athletes and young runners, there is something for everyone at British Airways Run Gatwick. Late places are still available and we are looking forward to welcoming everyone to this inspiring day of sport and achievement.”

Entries will also be accepted on the day for all races, unless sell-out capacity is reached. Payment must be made in cash at the rate of £30 for the 5K and £40 for the half marathon.