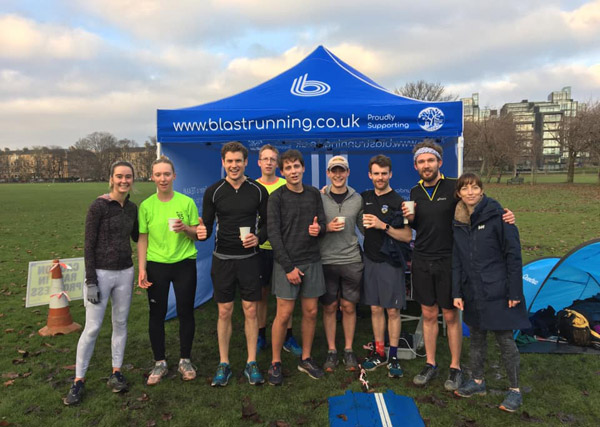 Runners have a Blast in Edinburgh

Edinburgh race organisers Blast Running is set for a busy winter. The new event team, led by Catriona Bruce, has been organising a series of regular Sunday morning runs at Cramond since earlier in the year and monthly midweek lunchtime runs at the Meadows.

Now Blast Running has launched its 2020 programme which includes an event certain to be popular with spring marathoners - the '20 Along The Forth'. The company is also looking to schedule a 'run - 5k, bike - 20k - run - 5k' duathlon for 2020.

Catriona Bruce told runABC Scotland: "We're now in a groove with our Sunday morning event - 10k, 5k and 2 mile options - despite challenging weather on some dates. The breeze from the Forth will blow away any winter cobwebs but our USP is our comforting hot chocolate at the end of the run."

Catriona continued: "We had a great start to Blast at the Meadows, our first Tuesday of the month lunchtime 5K, on 3 December where we saw some fast times – Michael Mallon (18.18) and Deborah Gilliland (20:20) have set the marks to beat. However best of all was a great atmosphere as runners of various abilities took time off the daily grind to get some action in. Blast at the Meadows returns on Tuesday, 7 January with its regular 12.45 start time. Look out for our distinctive blue gazebo."

Catriona and the Blast team are particularly looking forward to the second running of their April 20-miler which they launched successfully this year. Corstorphine AC's Keith Ovenstone took first place in 2hr 28 and Lucy Colquhoun was first female in 2hr 30. Places are limited to 50 runners as it's lambing season in Dalmeny Estate.

Blast Running supports local children’s mental health charity Play Therapy Base with a percentage fees going to this good cause.

More details of events at the Blast Running website.