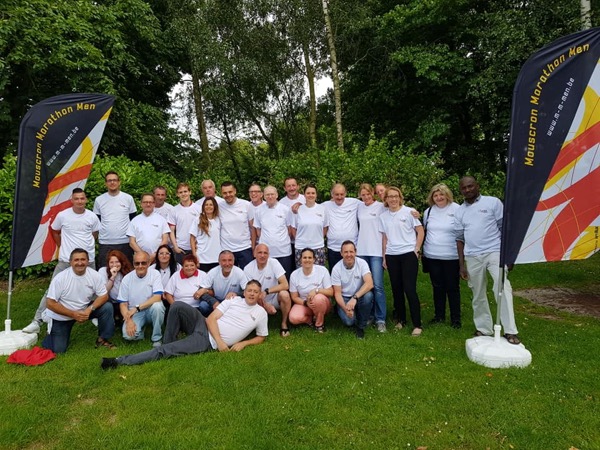 An enthusiastic group of Belgian runners are planning a challenging race excursion across the North Sea in 2019. Mouscron Marathon Men are seeking an event in and around the Humberside area and called on their running counterparts in the Humberside area to find the most suitable event for them.

Founded in 1983, the Mouscron Marathon Men was launched by Michel Orgaer, who started the club in preparation for tackling New York Marathon. Since then, it has gone from strength to strength, including a big presence at last year’s Medoc Marathon.

As part of the next stage of their development, the team is looking for a visit to the north of England, and to ensure the maximum number of people can make the trip, are looking for either a 10k of half marathon event around the school holidays. This covers the dates of 22 December to 5 January 2019, 2 to 9 March, 8 or 9 June, or July and August 2019.

Michel Orager told runABC North: “We are looking to bring as large a party as possible so have decided on the dates around the school holidays. Ideally, we would like to take the ferry at Zeebrugge to Hull, take part to the race and come back the same day.”

On what to expect from the Mouscron Marathon Men, Michel added: “Our club consists of both men and some women (despite the name!) and we can guarantee we will bring a Belgian touch - good mood, great atmosphere and lots of fun!”

Any suggestions on a suitable race for the adventurous Belgians, email runABC North and we'll pass on the details to Michel.