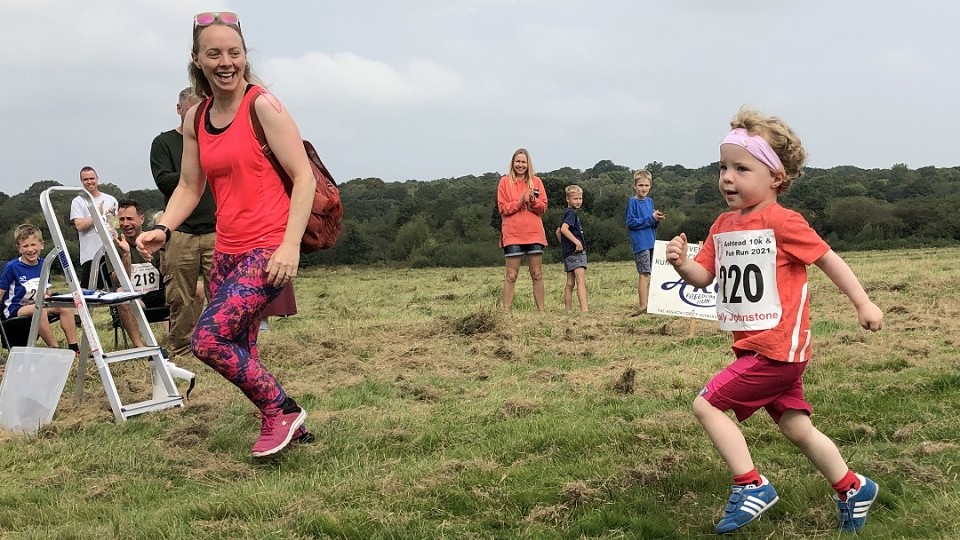 Georgie Bruinvels, of Aldershot, Farnham and District AC, set a new course record as she finished fourth overall in the Ashtead 10K on Sunday (19 September).

Daniel (18) had some seasoned opposition on his heels, including the 'aeroplane man' Steve Winder (M50 Epsom & Ewell Harriers, 36:05) and M45 Paul Donohoe (26.2 RRC, 37:42) – part of the 25-strong contingent from the marathon running club who were enjoying the challenge and variety of a trail race.

The 16th running of this self-styled 'eco race' took place on Ashtead Common and Newton Wood, adjacent to Epsom Common, with permission of Ashtead Common Rangers and the Corporation of the City of London on this Site of Special Scientific Interest and National Nature Reserve. Special measures are taken to minimise the environmental impact of the event, with sustainable wooden mementos and locally sourced prizes.

The races are organised by the Ashtead Running Group who run from the Woodman Pub at 7:30pm on Tuesdays and whose claim to fame is: "We are not as fast as we used to be"!

Race management is by Trionium whose next promotion is the classic New Year's Day Knacker Cracker 10K on Box Hill.