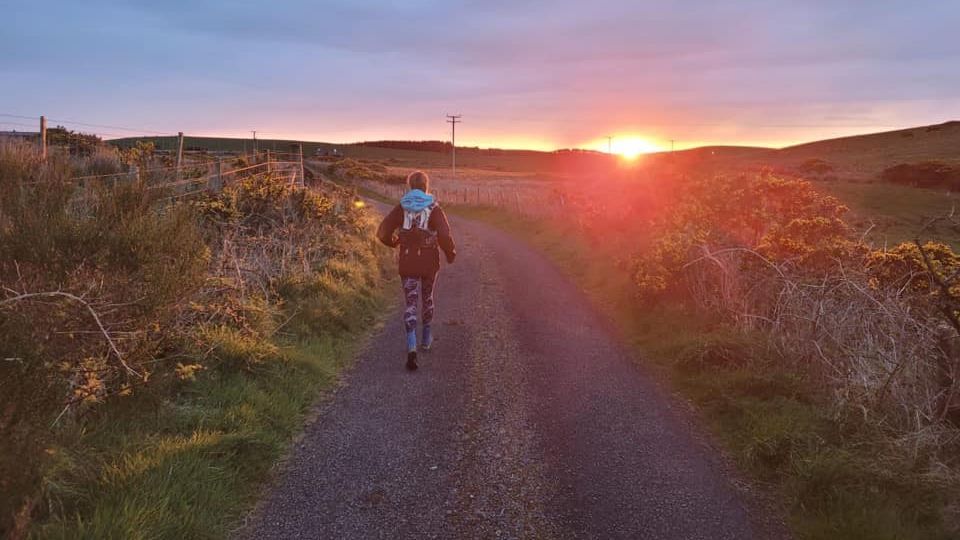 The 214-mile-long journey from Portpatrick in the west to Cockburnspath in the east with 29,846ft (9,097m) of ascent took Rutherford 62 hours, 34 minutes and 55 seconds, bringing her less than seven hours away from the current men’s FKT.

The previous women’s record of 79 hours and 46 minutes was set in 2019 by Team GB runner and fellow Scot Rosie Bell.

Borders-based Rutherford began her journey at 5am last Thursday and finished just after 7.30pm on Saturday. In that time, Rutherford burned over 25,000 calories, but only slept for a total of 90 minutes – broken down into 11 minute-long ‘pre-planned power naps’.

The 38-year-old lawyer and mother of two young children was supported on her journey by family and friends, as well as a team of experienced ultra runners – including the current men’s record holder Jack Scott – joining her on sections of the route.

One of those team members, Lucy Colquhoun, gave Rutherford what turned out to be game-changing advice when she was struggling to eat: nibbling on dry stock cubes to replace lost electrolytes and encourage her to drink.

Music also kept Rutherford going in the final push, with S Club 7 and Queen keeping her going when she needed it most.

She told the Scotsman, "I am 38 years old but I confess Reach For The Stars was one of the songs I really needed.”

With Rutherford’s husband calling her ‘tough as nails’ on facebook when she set off on Thursday, Anna reflected for BBC Scotland after the finish: "The hardest bit was knowing how long it was and knowing that it would push me to absolute breaking point.

"I knew my legs would hurt but I had no idea how my body would break down. It was awful.