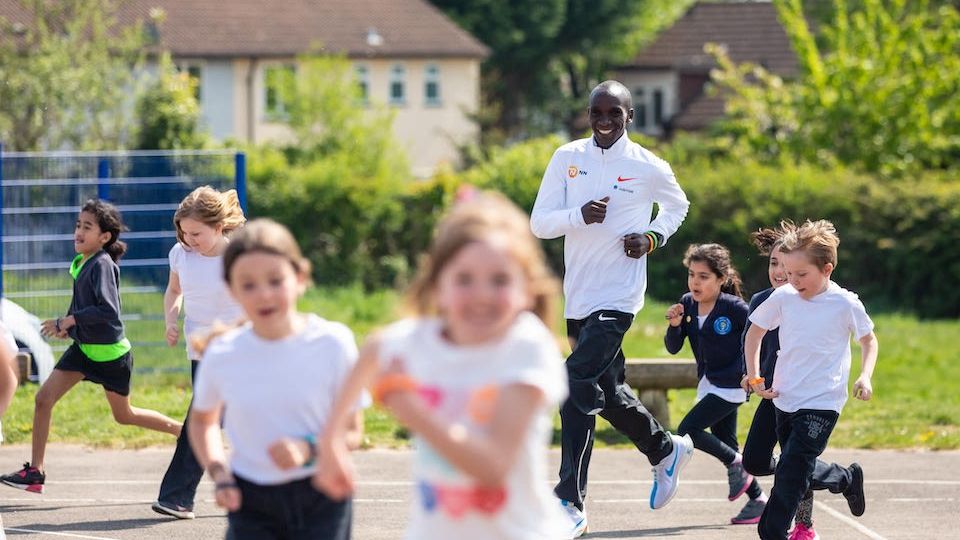 All Scots schoolkids encouraged to run the Daily Mile next month

Scottish initiative to get kids running now spans the globe

Schoolchildren across Scotland are being encouraged to take part in a nation-wide running of ‘The Daily Mile’ on Friday, 18 June.

The schools-based health and wellbeing campaign is designed to help improve children’s physical, mental and social health through running, walking or wheeling a mile (or 15 minutes) at their own pace three times a week.

Sponsored by INEOS, the programme counts marathon legend and father of three Eliud Kipchoge as one of its ambassadors.

In addition to committing to taking part in The Daily Mile, schools also have until next Monday (10 May) to register for the ‘Travel to Tokyo’ challenge event, designed to link youngsters to the upcoming Olympics.

Founded in Scotland in 2012, The Daily Mile has now spread to nearly 12,000 schools and nurseries in 80 countries, with over 3 million children running a mile a day. There are currently 1054 Scottish schools and other educational institutions taking part in the free campaign, making us third on the participation leaderboard, just behind Belgium (1272) and England (6620).

As a way both to improve the health of the nation's children and encourage future participation and performance in sport, the programme has the backing of scottishathletics.

Last month, its chief executive Colin Hutchison, said: ‘Supporting this project and working in partnership with the Daily Mile Foundation is important to us.

‘The vision is to increase opportunities across Scotland to participate and fundamentally that’s helpful in the context of trying to grow athletics and running in Scotland.

‘Further down the line I would love to see the partnership developing into links between Daily Mile organisations and our local clubs and running groups.

‘We are already exploring how to put our clubs in touch with primary schools in their community who are signed up for the Daily Mile and will encourage them to make contact with each other.’