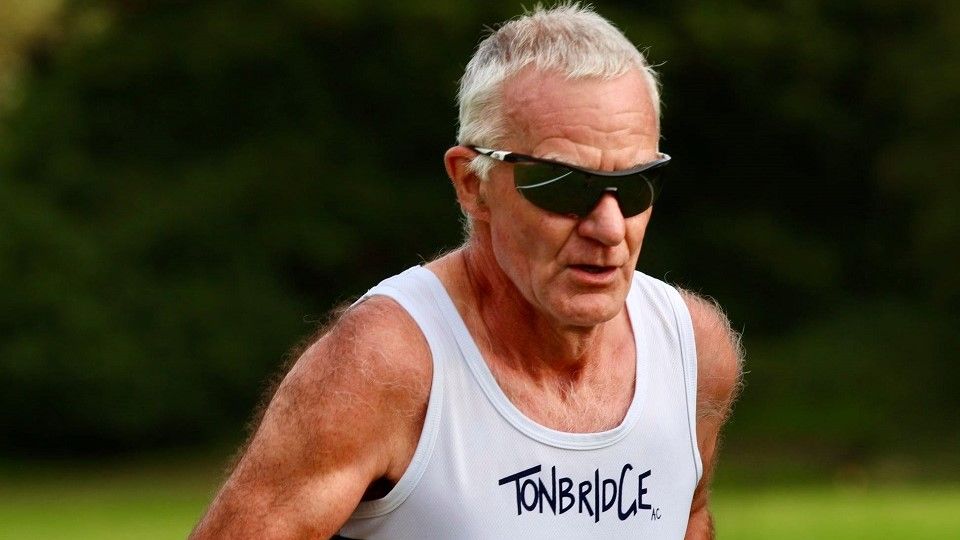 Sunglasses and spikes – it's the perfect combo!

It has been 20 long months since the last Kent Cross Country League runABC South writer Alan Newman contested, during which time the world has been turned upside down by a pesky virus and our lives have been changed in unforeseen ways, quite possibly forever.

But here we were, double-jabbed and raring to go, in picturesque Swanley Park on Saturday (9 October) along with hundreds of other enthusiasts of grassroots sport for all ages. And it was raining, of course!

Having arrived early to find a free parking space our next move was to stay in the car until the rain had eased. It did, sooner than expected, and we made our way to the Tonbridge AC gazebo, a hub of frantic activity as young athletes from earlier races were drying off while others were searching for their race numbers with those all-important chips.

There was plenty of time to walk/jog the course; catch up with old friends; enter the verbal thrust and parry to discover who claims to be the least prepared or most unfit and engage in the topic that dominates every cross country event – what footwear would we use today?

After a course inspection and as the sun broke through the dark clouds the decision was made – short spikes for security on the turns and purchase on the hills and for this old warrior, sunglasses to promote zen-like relaxation and mask any pained expressions as the 8K course took its toll (see image above).

This year's Kent League programme has been given a slight makeover. The senior men's and women's race distance has been unified at 8K; it used to be 5K for women and often up to 10K for men. No complaints from this competitor! Sensibly, the over-70 men and over-65 women still race 5K and have joined the under-20 women's race to facilitate that move.

Finally, after several nervous loo visits and a few half-hearted attempts at 'fast' strides, it was time for the men's race to conclude the programme. Shame, as I had enjoyed jogging around and supporting athletes in the earlier races but now it was time to get down to business.

I started at the back and ran into an early bottleneck on the first bend but then made steady progress on the switchback course that remained interesting despite its three identical laps.

The result? I missed my target of a top-200 place by 16 positions and didn't score any points for my strong and victorious Tonbridge AC team but I was there, back doing what I love, and I'll be doing more of the same this weekend!