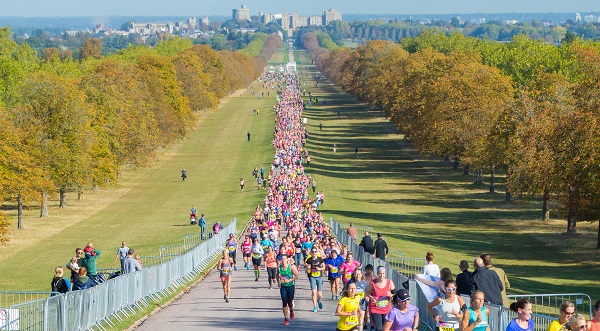 Jo Pavey's excited. Joanne Tranter and Peter Heir are thrilled. There's even a tingle of extra enthusiasm at runABC South on the eve of Windsor's Running Festival weekend.

Race directors Joanne Tranter and Peter Heir are delighted to report full entry lists for the Windsor Women's 10K on Saturday (28 September) and Windsor Half Marathon on Sunday. Five-time Olympian (to date) Jo Pavey MBE is guest of honour on Saturday and will start the Running4Women presented Windsor Women's 10K before joining the race to run with 2,000 women of all ages and abilities.

Entries have been received from Abbie Boughtwood to Zylpha Roylance – and every alphabetical variation between. All will appreciate the stunning environs of Windsor Great Park and views of Windsor Castle as they return to picturesque Long Walk for the finish. Jo Pavey will present the awards, then all runners will have the chance to chat with the 2014 European 10,000m champion at the Running4Women tent in the race village afterwards. Don't forget to ask Jo about her love of boogie boarding and the Red Hot Chilli Peppers!

Sunday is all about the 37th Windsor Half Marathon. The course is undulating, perhaps even challenging, with some flat stretches and a fast, downhill finish. There were 4,327 finishers in 4:32:00 last year. They were towed along by Daniel Jarvis (Liverpool Harriers, 1:07:53) and Louise Small (Aldershot, Farnham & District, 1:17:10) – so great times can be achieved.

A feature of the weekend is the Glynn Sheffield Memorial Run that starts 15 minutes after the half marathon. This 2.5 mile fun run, open to anyone over 10 years, is held in memory of Glynn Shefford, a local scout leader from Old Windsor who was involved in organising the very first Windsor Half Marathon in 1981.

runABC South will have reports, pictures and full results from your reporter, who is rather envious as it looks like a top event is guaranteed. Good luck to Abbie, Zylpha and everyone.

Travel tip: The M4 will be closed all weekend between junctions 5 and 6. Congestion avoidance routes are in the athletes instructions and online at the Run Windsor website.