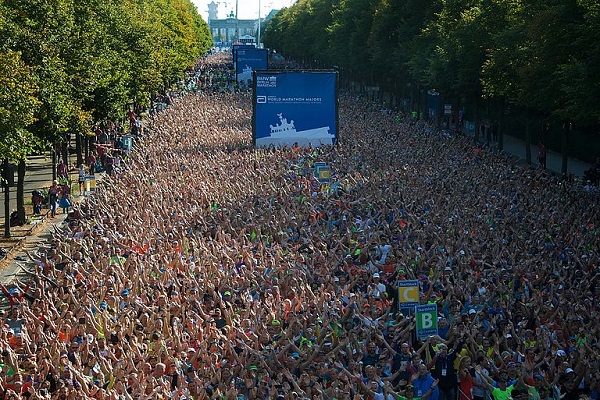 The world record BMW Berlin course will be graced by a phalanx of marathon talent on Sunday (29 September). The 46th BMW Berlin Marathon is the final of six Abbott World Marathon Majors along with Chicago, New York, Tokyo, London and Boston but it's Berlin that has seen more world records set than anywhere else, with 11 to date.

Eliud Kipchoge smashed Dennis Kimetto's former world record by 78 seconds to win in 2:01:39 last year, with a truly staggering 60:33 second half! The 34-year-old Kenyan is otherwise engaged this year as he pursues his dream to to break two hours in a specially-paced attempt in Vienna on 12 October.

This leaves the men's race wide open and we could be treated to a classic tactical battle. Front runners (with PBs) should include Ethiopia's Kenenisa Bekele (2:03:03), fourth fastest marathon runner in history. The greatest challenge to the 2016 champion may come from his young pretender Ethiopian countrymen Leule Gebrselassie (2:04:02) and Birhanu Legese (2:04:15), who both made spectacular marathon debuts in Dubai last year.

Also seeking to end the dominance of Kenyan runners are Ethiopia's Sisay Lemma (2:04:08) and Guye Adola (2:03:46), who was runner-up to Kipchoge in foul weather in 2017 and who pushed the Kenyan hard for 40K. Berlin has been won by a Kenyan in eight of the past 10 years, with four world records falling in the process.

Defending champion Gladys Cherono (Kenya) achieved her third triumph in BMW Berlin Marathon last year, with a course record of 2:18:11. A fourth victory on Sunday would be an individual record and possibly the only record to be set, although she may have to produce another sub-2:20 to win again. Ethiopia's 2015 world marathon champion Mare Dibaba (2:19:52) will provide the sternest opposition, although double Olympic 5000m champion Meseret Defar surely has the potential to take a huge chunk off her current PB of 2:23:33.

One record that has already been set is the confirmed entry of 46,983 from 150 nations. There were 40,775 finishers last year and organisers hope to see that record figure improved. Many hundreds travel from Britain to compete and if you would like to join them on Sunday 27 September next year, you should check out the fantastic packages offered by Sports Tours International here.

Tip: Live stream coverage available on WatchAthletics from 8:15am