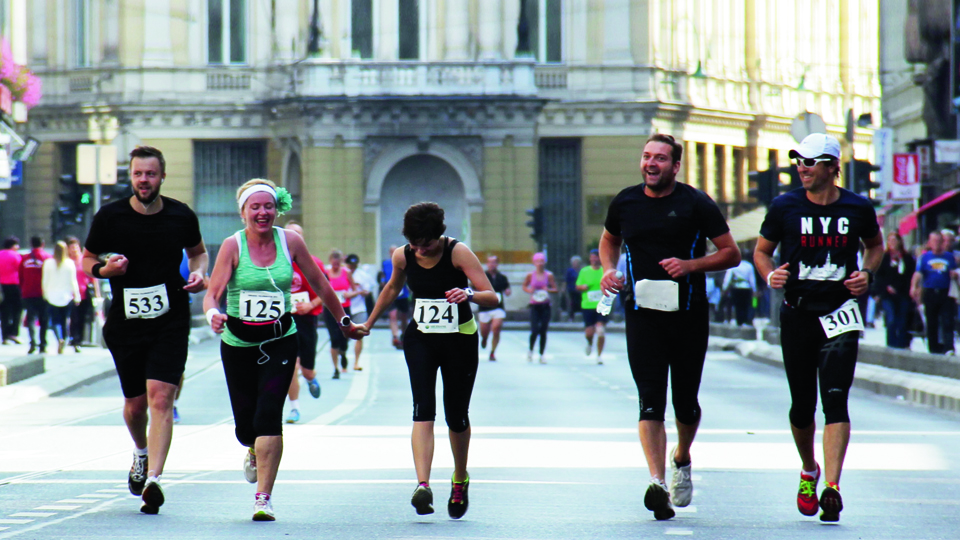 For those who fancy heading somewhere off the beaten track, the Balkans offers a fascinating mix of history, natural beauty, and rich culture...

When considering options for a running holiday, the Balkans may not immediately strike you as an ideal location. The region tends to be associated with the ‘90s conflicts that led to the dissolution of Yugoslavia, but since then running has started to emerge as a popular activity, helping reconnect people.

Sarajevo (in Bosnia) contains a fascinating mix of cultures and religions. One street in the  city – Ulica Mula Mustafe Bašeskije – illustrates this mix, hosting a synagogue and mosque alongside Catholic and Orthodox churches. As it’s surrounded by hills, the city also offers a perfect combination of running terrain – road, trail and hill. The activity is really flourishing in Sarajevo, and there’s one man whose role in this cannot be overstated.

That man is Erol Mujanovic, founder of the city’s half marathon, chair of running club Skola trcanja ‘Klix’, and running tour guide. Initially, Erol faced an uphill struggle to promote the half marathon. “When I first went to the police, to ask about permits they thought I was joking,” Erol told runABC.

“People would see me out running in the street and think, ‘What the hell is he doing?’ It took us a long time before attitudes changed and it really took off. Now we have at least 20% growth in participants each year and people coming from different countries.”

Though the race has grown considerably in recent years, it still retains a personal feel; something Erol is keen to stress: “I took part in Berlin Marathon two years ago and it was perfect organisation, but I think it was missing that human touch. You can still find that here. We’re trying to keep the soul of the race and the city.”

Sarajevo is a beautiful and enchanting destination, but Erol is aware that its troubled past can be off-putting for some: “We’re trying to rebuild what politics has destroyed, or tried to destroy. They tried to put barriers between people in recent decades but running is completely exploding and people are connecting with each other.”

To illustrate this point I was introduced to Maja from Erol’s running club. She’s a self-confessed running addict and regularly takes part in races throughout the Balkans and further afield. “At my first race in Belgrade I met people who were laughing and seemed to have no problems. Running makes you think there are no wars in the world.”

While in Sarajevo, I took part in the 9 Bridges tour offered by Erol, and was able to gain a unique insight into the city as a result. The tour took me through the city’s Austro-Hungarian and Turkish quarters, as well as running past several historically significant bridges including Latin Bridge, where Archduke Franz Ferdinand was assassinated. As a guide, Erol was insightful and humorous which made the experience feel more like running with a friend than an official tour.

A three-hour drive from Sarajevo takes you to the ‘Jewel of the Adriatic’ – the Croatian city of Dubrovnik. Dubrovnik is one of the most scenic spots in the Mediterranean and plays host to the Dubrovnik Half Marathon every year.

The event also includes a 2K Wall Run – giving participants the opportunity to run along the famous medieval walls in the city’s old town. The breathtaking views are rich reward for participants’ hard work and will be familiar to any Game of Thrones fans, with large parts of the TV series filmed there. For those who fancy a longer wall event, September’s Ston Wall Marathon offers a similar race-day experience.

Croatia isn’t short of scenic coastal events with other notable races including Split Marathon & Half and Hvar Half Marathon. Organisers of Split Half Marathon say: “It’s not easy to run 21km. But it’s definitely easier if you are running in surroundings that will inspire you.” This goes for the Balkans in general – a truly inspiring and engrossing setting.