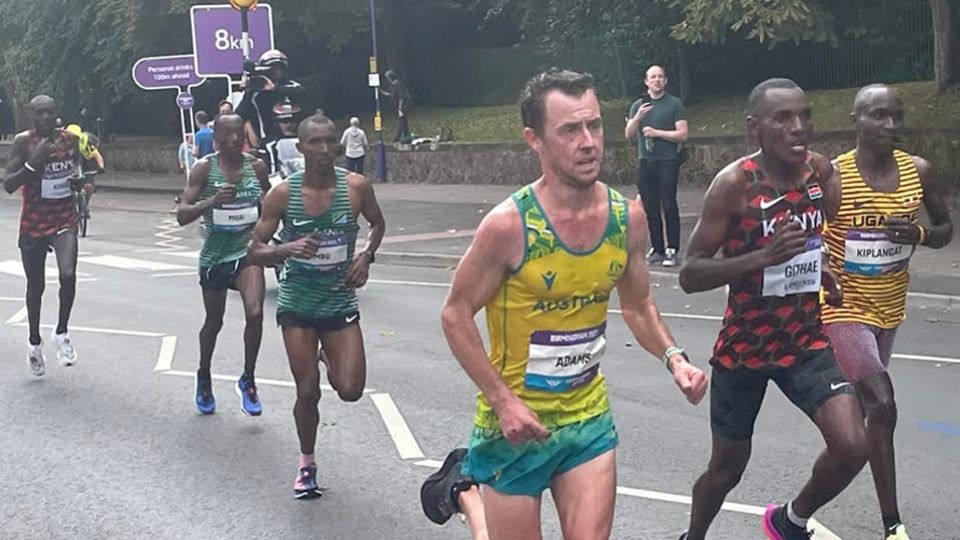 Marathon triumph for Kiplangat and Stenson

They struck gold on the second day of the Commonwealth Games.

Marathon magic on Saturday 30 July at the Commonwealth Games saw gold medals for Victor Kiplangat and Jessica Stenson. There were winning performances from JohnBoy Smith and Madison de Rozario in the wheelchair marathon.

The course consisted of an 18K looped section which the athletes completed twice, passing the Edgbaston Stadium and on towards Bournville. They continued along a 6.2K city centre section that took in the Chinese Quarter, Gay Village, Paradise Circus and the Jewellery Quarter before the final kilometre into Victoria Square and thunderous applause from the crowd.

Representing England were Jonathan Mellor and Georgina Schwiening who posted excellent times at the Therme Manchester Marathon in April this year. Mellor won in 2:10:46 and Schwiening was third female in 2:31:35 – both athletes were hopeful ahead of the Commonwealth Games.

The events began with the Women’s T53/54 Marathon and gold for Madison de Rozario of Australia in 1:56:00. England took silver and bronze with Eden Rainbow-Cooper in 1:59:45 and Shelly Oxley-Woods in 2:03:39 respectively.

Over in the Men’s Marathon, Victor Kiplangat of Uganda was in the lead when he took a wrong turn near the end but was able to get back on course to win the gold medal in 2:10:55. Alphonce Felix Simbu of Tanzania took silver in 2:12:29 and Michael Mugo Githae of Kenya the bronze in 2:13:16.

A powerful display of running by Jonathan Mellor resulted in him finishing sixth in 2:15:31.

Jessica Stenson of Australia ran strongly in the Women’s Marathon to claim the gold medal in 2:27:31. There was silver for Margaret Wangari Muriuki of Kenya in 2:28:00 and bronze for Helalia Johannes of Namibia in 2:28:39.

There are more Athletics and Para Athletics events this week. Visit the Birmingham 2022 Commonwealth Games website for details.