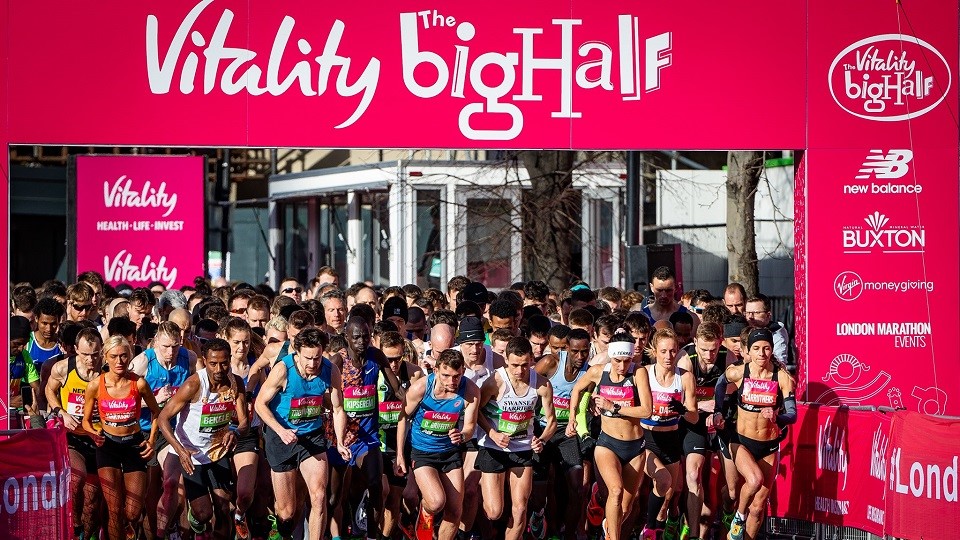 The Vitality Big Half is set to return in April

Vitality Big Half returns to the streets of the capital on Sunday 25 April 2021. London’s biggest community half marathon will be Covid-secure, socially-distanced, and safe for all participants (and everyone will be offered a full refund should the event be postponed or cancelled).

This means prospective runners can enter with confidence and general entry costs £46, with a £10 discount for residents of the host boroughs of Greenwich, Lewisham, Southwark and Tower Hamlets. There is a further £2 reduction for all members of affiliated running clubs.

Although there will be some changes, this hugely popular race will retain many of its most attractive elements, including the spectacular start at Tower Bridge and iconic finish alongside the historic Cutty Sark in Greenwich.

Back on 1 March a record 16,222 runners crossed the finish line to complete the third edition of the event, a community running festival for people of all ages, backgrounds, and running abilities. In what was one of the last mass participation events to go ahead before the lockdown due to the Coronavirus pandemic, the winner was Kenenisa Bekele (Ethiopia) in a new course record 60:22 from British champion Chris Thompson (Aldershot, 61:07). Lily Partridge (Birchfield Harriers, 1:10:50) took the women's gold and secured World Championships selection.

Among the celebrity fundraisers was former WBC world heavyweight champion Frank Bruno, who ran 2:47:01 for The Frank Bruno Foundation – a charity he set up to provide support, encouragement, and motivation for those experiencing or recovering from mental ill-health.

A group making a big impact was the Emancipated Run Crew, formed by sisters Denise and Jules Stephenson and friend Trojan Gordon, to take a stand against what they saw as the lack of representation in running. They decided to create a running club for people of all backgrounds and abilities but particularly for the black, Asian, and minority ethnic community. “We run as a collective, support each other and also reach out to new people,” they said after the race.

Since 1981, London Marathon Charitable Trust has awarded in excess of £92 million to more than 1,470 projects in London, Surrey and other areas where London Marathon Events Ltd has organised events.

Hugh Brasher, Event Director of London Marathon Events, said: “We know how eager people are to take part in events again after this long period of lockdown. Thanks to the support of the Mayor of London and the four host boroughs of Greenwich, Lewisham, Southwark and Tower Hamlets, next year’s edition of The Vitality Big Half will take place nearly two months later than usual, giving us the best chance of staging the event. We are confident we can stage it in a safe, socially-distanced way.”