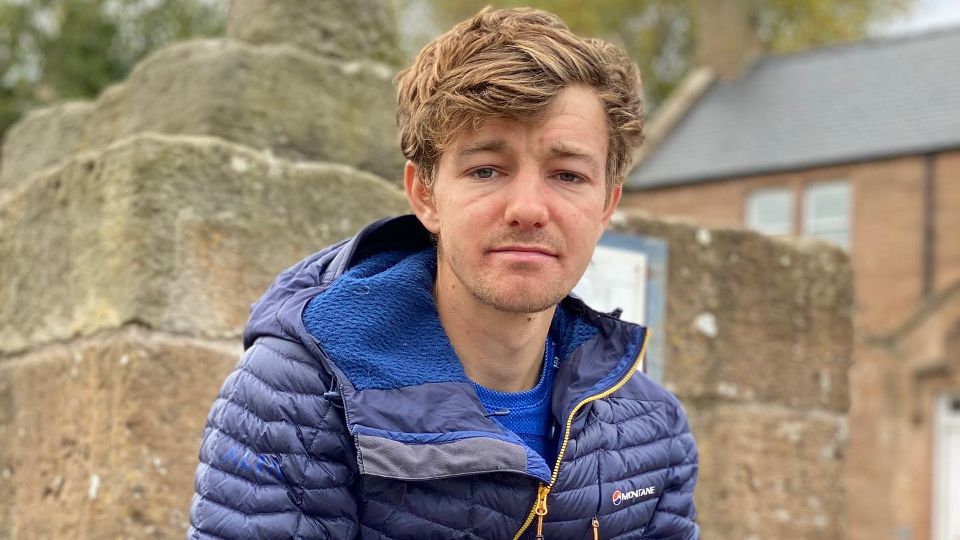 Record breaking run for Scott of the Southern Upland Way

Where there’s a will there’s a way as demonstrated by Jack Scott who, on Sunday 11 October, ran the Fastest Known Time (FKT) on one of Scotland’s Great Trails. Jack ran 214 miles along the Southern Upland Way in 55 hours and 42 minutes - beating Mike Hartley’s record of 55 hours and 55 minutes that has stood since 1988. He has raised more than £1,800 for environmental charity Trees Not Tees.

The 26 year old from Stone in Staffordshire is passionate about running and the Great Outdoors and successfully combines the two, posting new records at ultra distance that are a testament to his strength of mind as well as his fitness levels. In 2019 he won the Raidlight King Offa’s Dyke Race, running 185 miles in 49 hours and 43 minutes and a new course record. This year he set a new FKT record of 35 hours and 34 minutes over 137 miles for the Glyndwr Way and after a quick recovery, decided to go for one more challenge - the Southern Upland Way.

The Southern Upland Way is a coast-to-coast long distance pathway that goes from Portpatrick in the west to Cockburnspath in the east. It is a challenging and remote route on a mixture of terrain that includes moorlands, forests, farmland, hills and lochs and superb views of the unspoilt landscape.

Jack had contacted several runners north of the border and current record holder Mike Hartley for advice about the route and what to expect. He discussed this with his fiancée and devised a plan, acquiring an experienced team who would help him on the road or in the hills.

He started at 6am on Friday 9 October and, managing to find another gear, finished with his support runner Tim Hyatt on the 11 October in 55hrs 42mins and a new FKT record. He battled unpredictable weather, a hard climb over the exposed Lowther Hill, sleep deprivation and severe shin pain to break the 32 year old record.

He is grateful for the assistance he received, thanking the 15 people who supported him over the weekend saying: “The energy and enthusiasm my team showed was phenomenal. Your efforts made it all possible.”

Thanks to the generosity of his followers, over 500 trees will be planted in Scotland. Anyone wishing to donate can do so at GoFundMe Trees in the ground website.