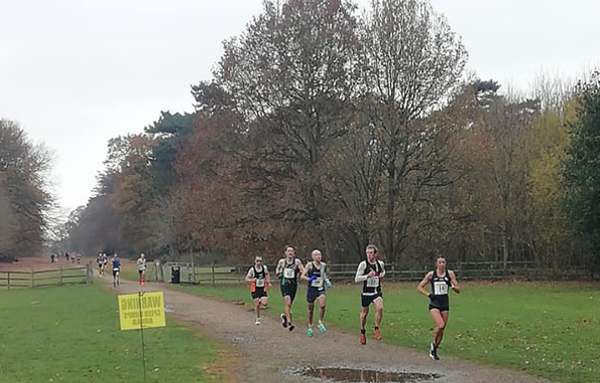 Tamara Armoush did the double at the Derby 10 last Sunday (25 November). She posted a win and a new course record at the fourth staging of this race.

This British-born athlete is a member of Birchfield Harriers and has competed for Jordan at the World Indoors and Outdoors Athletics Championships. Her chosen field is middle/long distance running.

She toed the line with more than 1200 runners as they waited for the gun to go off at 11am, heralding the start of the Western Power Distribution Derby 10 Mile. The race started and finished at Pride Park Stadium, the home of Derby County FC although it will be moving to a new venue next year. The 2019 race will be held at the Derby Arena.

The field followed a fast, flat course around Derby that took in areas around the Stadium, the A6 cycle path, river path, Alvaston Village and Elvaston Castle Country Park. There was musical accompaniment from the Derby Serenaders band - a familiar sight at the Ramathon.

It was a speedy display of running from Tamara Armoush who was the fastest female in 58:12 and 9th overall. She finished over two minutes ahead of international athlete Michelle Ross-Cope of City of Stoke AC who came second in 1:00:53. Veleska Wills of Derby AC was third in 1:04:11.

The mens' race was won by Andy Harding of Belper Ten Twenty Triathlon Club in 53:59. Mark Couldwell of Charnwood AC was second in 54:20 and Jarratt Perkins of Notts AC third in 54:39.

Entries now open for the 2019 race. Visit the Derby 10 Mile website for details.