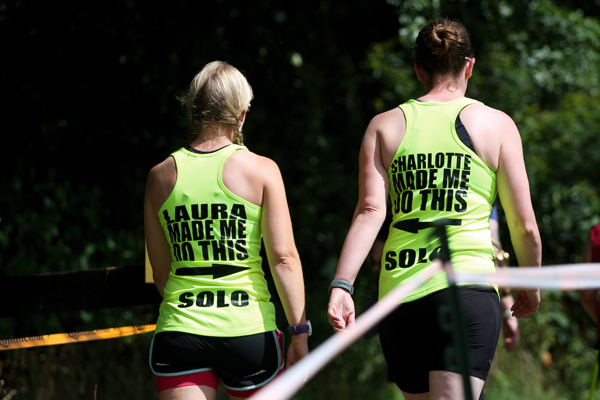 Details have been released for a major new 24 hour race in Scotland planned for June 2019.

East Ayrshire Leisure, who already stage the successful Roon The Toon 10K and the Roon the Park 5K (ideal as a Couch to 5k target) plus the more challenging Cairn Table hill race and River Ayr Way ultra, are introducing an event for summer 2019 - the K2-4.

The new event combines a 12 hour individual race and a 24 hour individual and team race. The venue is Kilmarnock’s Dean Castle Country Park, noted for its scenic paths and trails, and its 14th century castle.

24 hour races have been growing in popularity in recent years with events like Endure 24 and Thunder Run attracting thousands of runners for what have been described as 'Glastonbury for runners'. Camping, showers and food will be available on the Dean Castle Country Park site.

Scotland already stages two popular 24 hour events - Glenmore 24 and Edinburgh 24 and organisers of the K2-4 are hoping to emulate the success of the big events held south of the Border.

24 hour racing has been one of the big trends in events in recent years with runners attracted to the flexibility of being part of a team running over relatively short distances and being involved at an event that includes a serious ultra challenge.

The lap principle is common to 24 hour races with entrants trying to complete a number of circuits either as an individual or as part of a team. The K2-4 course is a 4k route on predominantly surfaced paths with some undulation.

Entry fees are £50 for individual entries and £200 per team. Prizes for the furthest distance for male, female and team entries.

ENTER THE NEW K2-4 AT ENTRY CENTRAL FROM SATURDAY 1 DECEMBER.

Check out runABC Scotland's '24 Hour Racing Is The New Black' feature to find out what 24 hour racing is all about.