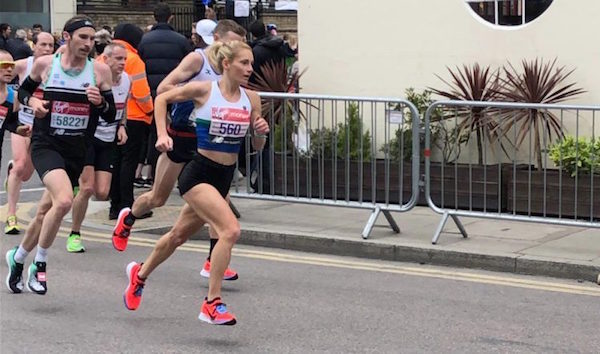 Steph Davis had a superb run at yesterday’s Valencia Marathon, finishing 14th and taking five minutes off the PB she set in London earlier this year.

The Glasgow-born London-based athlete, who now runs with Clapham Chasers, is one of the 15 runners chosen by scottishathletics as marathon hopefuls for the 2020 Commonwealth Games in Birmingham. Davis’ performance has certainly helped edge her closer to that place with Team Scotland.

Her time of 2.27.4 makes her the ninth fastest British woman at the distance, and the third fastest Scottish woman ever – with only record holder Steph Twell and Liz McColgan ahead of her. The former Victoria Park Glasgow runner’s time is also well inside the British Athletics qualifying standard for the upcoming Tokyo Olympics.

In a recent interview with scottishathletics, Scottish record holder Callum Hawkins commented on the Marathon Project: "I think we can raise standards in Scottish marathon running. If you see people who you have grown up with or seen at local cross country events and road races performing well then you start to think 'I can do a bit of that'. Hopefully, the times run by those at the top help push others towards PBs themselves."

Hawkins, whose father Robert leads the Marathon Project, added: "In terms of Team Scotland and Birmingham, I think we’re already looking pretty strong on the men’s side and hopefully the picture will continue to improve on the women’s side. To get two full teams of three strong athletes would definitely be the goal."