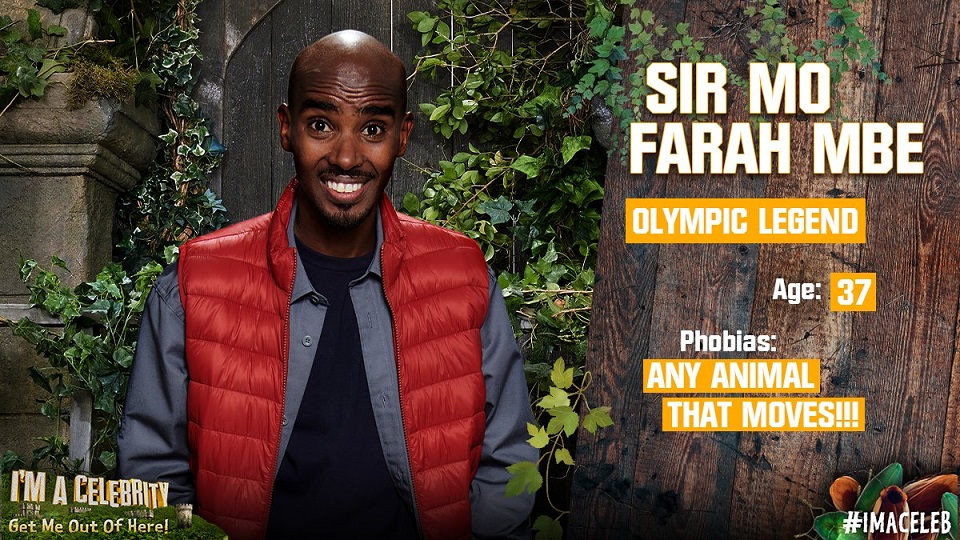 Newham & Essex Beagles' most famous club member, Sir Mo Farah, is among 10 celebrities lined up for the latest series of I'm A Celebrity...Get Me Out Of Here, which started on Sunday (15 November), transposed from the Australian jungle to a North Wales castle due to COVID-19 flight restrictions.

As we continue to search for a safe way out of the coronavirus pandemic a little light relief is welcome and athletics fans will no doubt be keen to find out how the world's most successful long-distance track runner will fare, along with fellow athlete Holly Arnold MBE, who won javelin gold at the 2016 Rio Paralympics.

Sir Mo admitted fearing all animals – even cats and dogs – but his pre-camp comments were perhaps surprising for someone who has performed at an elite level before many thousands of fans in the world's greatest sporting arenas and millions more via TV: “I think it’s weird to have the camera on you 24/7 no matter what – that’s the nerve-racking part. Whatever you’re doing, going to the toilet, taking a shower, the camera will be on you.”

Hollie Arnold admits to a phobia of spiders. The Grimsby-born thrower first competed in the Paralympics in Beijing 2008, aged just 14, and was worried her strong will might cause a clash with her campmates, saying: “I’m just going to be me and hopefully I don’t set anyone off, or vice versa.”

The 10 assorted celebrities from the worlds of acting, broadcasting, dancing, sports, and light entertainment are based in the ruined Gwrych Castle, Abergele – a bit of a tongue-twister for genial Geordie hosts Ant and Dec – where they will be subjected to a basic ration of rice and beans, with the opportunity to wins stars for meal upgrades in the infamous Bushtucker Trials.

Some bookies already have Sir Mo – with his 10 global track golds and winning smile – as the early favourite, although the knight played down his prospects of becoming 'King of the Castle' by saying: “I just want to go in there and have fun and just be myself, like back in uni days.”

In the opening group trial, Sir Mo was a frustrated anchor leg performer, waiting for his other contestants to pass him stars as all were showered with bugs, winning five out of 10 stars for camp. He has since led a camp Mobot dance, failed to master the art of sleeping in a hammock, and mesmerised his colleagues with tales of derring-do, especially 'Super Saturday' at London 2012 – which one of his campmates admitted missing as he chose to share a DVD and dodgy pizza with his mates!

Sir Mo, 37, is targeting the postponed Tokyo Olympic 10,000m as the defending champion, while Holly Arnold, 26, is hoping to defend her Paralympic javelin gold, having won the world title in Dubai last year with a European record throw of 44.73 metres.