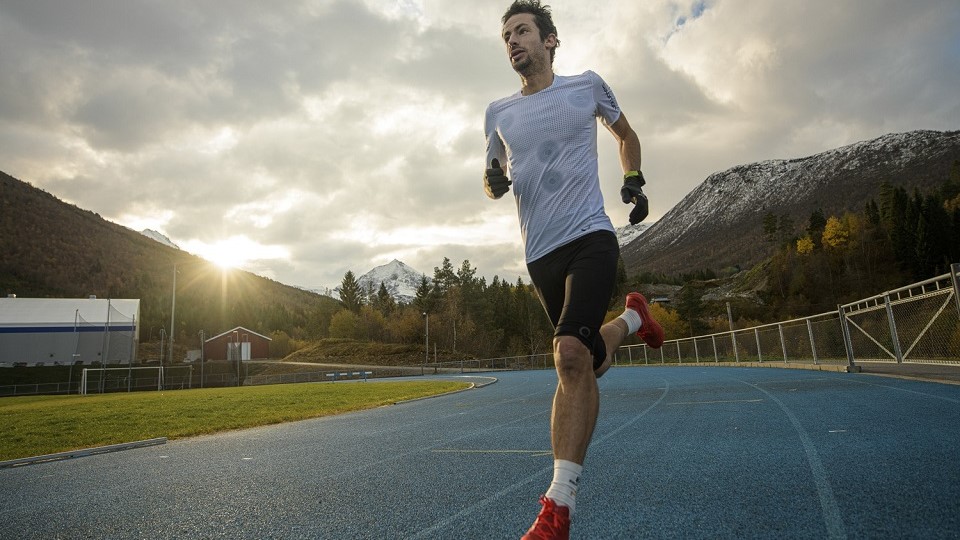 From mountain trails to laps of the track for Jornet

Kilian Jornet steps outside his comfort zone in Norway

Kilian Jornet is the most decorated trail runner in history, with a series of fastest known times (FKTs) for the world's highest mountains, including the Matterhorn, Mont Blanc, Denali, and Everest – which he summited twice in one week!

Recently, he has been seeking new challenges on rather different surfaces and he gave us a glimpse of his speed when he ran 29:59 in his first 10K road race, the famous Hytteplanmila race in Norway, in mid-October.

Jornet is best known in the UK for smashing the 35-year-old record for the legendary Bob Graham Round in the Lake District two years ago – approximately 106kms and 8,200m of ascent over 42 fells in 12 hours 52 minutes to beat local legend Billy Bland's 13:53 set in 1982.

Now the 33-year-old Catalan, born in Sabadell, Spain has set his sights on a world best for 24-hours owned by Yiannos Kouros, of Greece, since 1997 at 303.506kms (188.59 miles) and the attempt is planned for this weekend (21-22 November) subject to favourable weather conditions in Mandalen, Norway, where the 400m track is surrounded by beautiful mountains.

Jornet, sponsored by Salomon, will be wearing the brand new Salomon S/LAB Phantasm super-light road racing shoes (on sale to the public from February next year) and his attempt is known as the Phantasm 24 Running Challenge – a major step outside his comfort zone, as he explains:

“The motivation is to go outside of my comfort zone, to try different things and see what I am able to do, whether that is climbing at high altitude or, in this case, running on flat ground,” Jornet said. “It’s fun to discover different things I can do and training on the flat is a good test and an opportunity to learn in terms of nutrition and pacing, and then try to apply those things to different activities, like even mountaineering projects.”

Norway, where Jornet lives, has been relatively unaffected by the COVID-19 pandemic. Still, to adhere to health precautions, the stadium will be closed to spectators during the run. In order to make the race official, several accomplished Norwegian ultra-runners will also compete.

Jornet's journey towards the Phantasm 24 Running Challenge has not been trouble-free as he has suffered several injuries which he puts down to the transition to running on flat surfaces and the extra speedwork he has added to his training.

Fans will be able to watch Kilian’s Phantasm 24 Running Challenge via a live feed provided by Salomon. A short introduction can be viewed via YouTube here. There will also be regular updates on Salomon’s and Jornet’s social media and runABC will bring you news of the result next week.