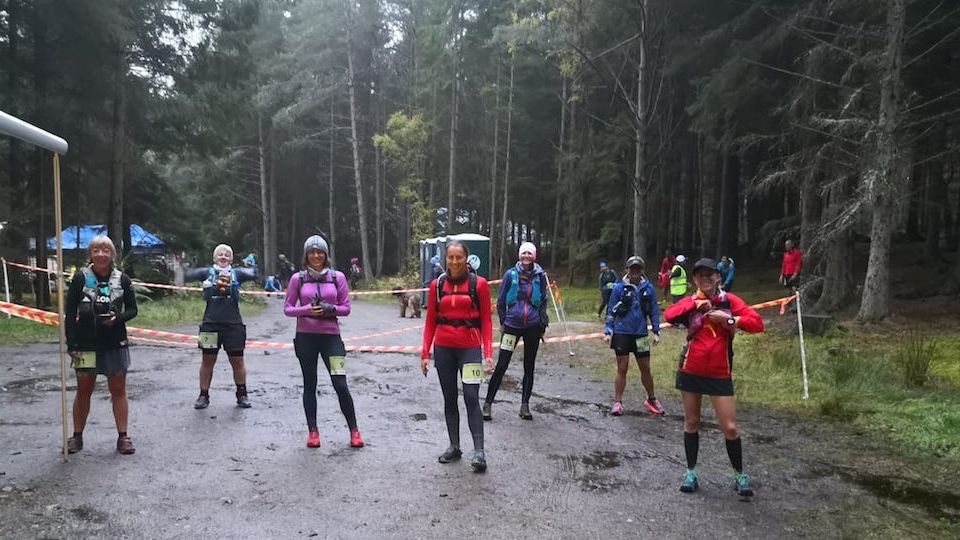 Over 100 runners took on the challenge of the second Bennachie Ultra Marathon at the weekend.

With the announcement of travel restrictions widely anticipated at the end of last week, organiser Andrew Gordon told runABC Scotland online it was ‘touch and go’ for some time whether the sold-out event would even go ahead.

In the end, no such restrictions were announced, and as the event was carefully organised to be fully compliant with the current guidelines, it was full steam ahead for all involved.

The 2020 event followed the same route as that taken at last year’s inaugural race: a 31.6 mile, 5000 ft ‘mix of everything’ through Aberdeenshire’s scenic Bennachie range and up six of its iconic peaks.

“Everyone seems to love the route,” Gordon told us. “Even the 5km-long section on the road, through the Lord’s Throat to Donview, is beautiful.”

Despite wet conditions underfoot, the lead runners put in some impressive performances, with the top male finishers all breaking the 4.22.31 course record set last year by Kyle Greig.

Clocking a time of 3.45.56 – 15 minutes clear of second-place Jason Kelly – race winner Robbie Simpson had an ‘unbelievable’ run, starting in the last wave, but with only one runner finishing ahead of him.

There was even more of a gap between the top two runners on the women’s podium, with local GB ultrarunner Meryl Cooper finishing 26 minutes clear of last year’s second placed lady, Emma Murray.

Looking back over the day, Gordon told us it all went really smoothly. “It was surprising how relaxed it was. Giving everyone very specific times for bib collection, kit checks and their wave starts means there’s no mad panic at registration like there usually is at races.”

And given the uncertainties of trying to organise an event in the current climate, how was he feeling? “Last week was very stressful,” he told us. “There were times we thought, is it worth it? Would we be losing the whole ‘social thing’ of running ultras, like meeting up with friends? Will going ahead with all the restrictions take something away from the event? Should we leave it for a year instead? But I’m glad we did it.”

He added: “Our sponsors and suppliers were a huge help, and we’re so grateful for their support in what are difficult times for them too. The Bennachie Visitor Centre, COTAG 4x4 who supported runners in the hills, Keith Brewery, Sinclair’s Bakers of Rhynie, the Forestry Commission, scottishathletics and main sponsors Peterkins – all were amazing."

With universal praise for the event on social media, there’s no doubt the runners appreciated the efforts of the organisers and the very vocal and supportive marshalls in putting on the event in such uncertain circumstances, too.

Gordon said: “Everyone was really happy at how it all went. There was no congestion at the end of the race, with runners just taking their soup, pre-packed food and goody bags and leaving, as they had to do. It worked out really well and everyone was so understanding about how things had to be for the event to go ahead."

"The main comments after the race were just about how good it was to be able to pin a number on and get racing.”