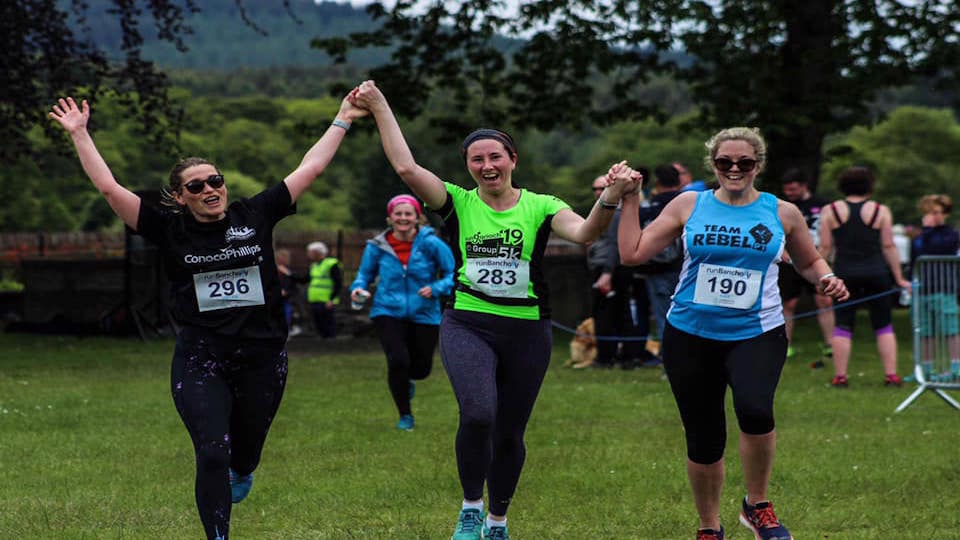 Entries have just opened for next year’s RunBanchory, a community-focused running event based in the Royal Deeside town.

Scott Birse, who organises the event through his personal training business SB Fitness, was looking forward to repeating the huge success of last June’s sell-out inaugural event this year, but the coronavirus pandemic put paid to that idea.

However, just like the organisers of Run Garioch, another Aberdeenshire event, Birse and his race committee also took advantage of the enforced hiatus to rethink the race date. Birse explained to runABC Scotland online: “We decided to move the 2021 edition of Run Banchory to Sunday, 9 May as there were so many local events happening on or around our original June 2020 date, like Tomintoul 10K and the Red Run.

“We’re all about participation and want our runners to be able to take part in as many local events as possible – and our new date – a week before Garioch and a few weeks before EMF – will allow them to do that.”

Building on what they learned from the 2019 event, Birse and his committee have taken the opportunity to make a few improvements for 2021.

First, race capacity has been increased from 400 to 600, to allow as many runners as possible to join in.

With those increased numbers in mind, RunBanchory 2021 will start on closed roads, rather than in the King George V Park itself, in order to give runners more space before they tackle the trek up through Scolty Forest.

It’s not a huge change, but just to be sure, the route – a 50/50 mix of tarmac and forestry track – has already been officially measured, to make sure that it’s exactly 10km long.

Further tweaks include a later start time of 11am to make it easier for runners from further afield to attend – as well as to give the caterers and race support team more time to get ready on the day.

As a PE teacher and father of two, Birse is driven to encourage others both to get physically active and to get involved in their local community. With the real RunBanchory off the cards this year, Birse achieved those ambitions by leading free online HIIT classes to keep people moving over lockdown.

He also turned his attention to creating ‘Run For Banchory’: a virtual 10K, 1M or 5K run in support of the town. Hundreds of runners took part, raising £5000k for local good causes along the way.

Even with RunBanchory 2021 still 10 months away, Birse and his committee have already started looking to the future.

He explained: “Inverurie’s Run Garioch has been an important role model for us a community event. Hopefully we can add a half marathon in time, and grow RunBanchory into a festival like theirs too.”