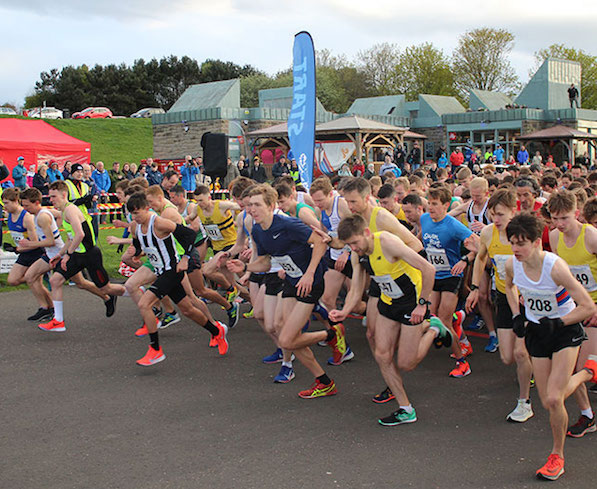 Waiting list only for Scottish 5K Championships at Silverknowes

Just days after opening, all 700 general entries for one of the most eagerly anticipated fixtures of the Scottish road running season – the Tru Wealth Scottish 5k Championships – have sold out. Only limited places remain on the event’s waiting list.

The championships form part of the Run and Become Sri Chinmoy 5K road race at Silverknowes in Edinburgh and will take place on Friday, 1 May.

This event has become so fast and so popular that it has earned the reputation of having one of the best fields in the whole of the UK for the 5k distance. In fact, the popularity of the out-and-back flat course along the shore of the Firth of Forth has been causing issues with an increasingly congested start line.

For that reason, organisers Run and Become Sri Chinmoy and the Road Running and Cross Country Commission have taken the view that splitting the field into separate men’s and women’s events this year is the ‘best practice approach’.

Tru Wealth Scottish 5K championship medals will still be up for grabs for teams and individuals – Seniors, U20s and Masters at V40, V50 and V60 – in both divisions.

Last year Kris Jones (14.26) of Dundee Hawkhill and Morag Millar (15.53) of Central AC took home the gold, with Millar setting a new women’s course record along the way and Jones missing one by 10 seconds.