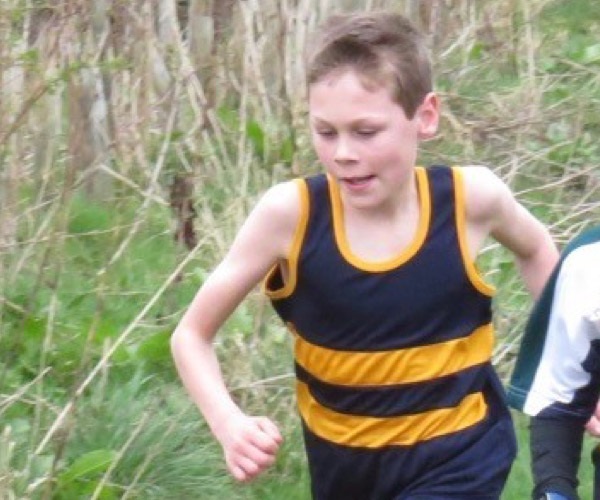 From zimmer to winner for Sam Withers

When 15-year-old Sam Withers (pictured above) lines up with around 13,000 other runners at the Great Bristol 10K on Sunday 3 May 2020 he will already be a winner. Just making the start line represents a huge step for the determined youngster after nearly losing his leg in 2017.

Great Run organisers are used to inspirational stories but no-one can fail to be moved and impressed in equal measure by Sam's fight back after being hit by a bus in August 2017. As soon as he discovered that 15 was the minimum age for running 10K he was determined to participate in his local race, which is held not long after his 15th birthday.

Sam's left leg was run over and badly broken in the accident and he lost most of the skin from knee to ankle, necessitating a two week stay in Bristol Royal Hospital for Children and enduring a nine-hour operation, where large areas of skin were taken from his back and thigh for skin grafts on his lower leg.

Apparently, if Sam had lost any more skin, he would have lost his leg. Sam said: “I want to raise some money for the Grand Appeal by running the Great Bristol 10K, because I am only able to run because of the hospital and the work they did with me to save my leg”.

Sam has been in training for several months now but only recently returned to running. He had to have a metal frame to hold his leg bones in place for six months, as well as physio and dressing changes every week. Sam added: “My accident meant I missed half a term of school as I was in a wheelchair, then using a zimmer frame and crutches to move around, which also meant I missed two terms of sport. I had another operation to take the metal frame off and then I had a plaster cast and then a boot.”

Now the spirited teenager feels freedom through running again, as he explains: “Running makes me feel free and I am looking forward to the day of the event, it will feel great to take on the 10k distance for the first time and crossing the finish line will make me think of how far I have come since the accident.”

Click here to view the 2020 promotional video and go to Great Bristol 10K website for entry and full race details.