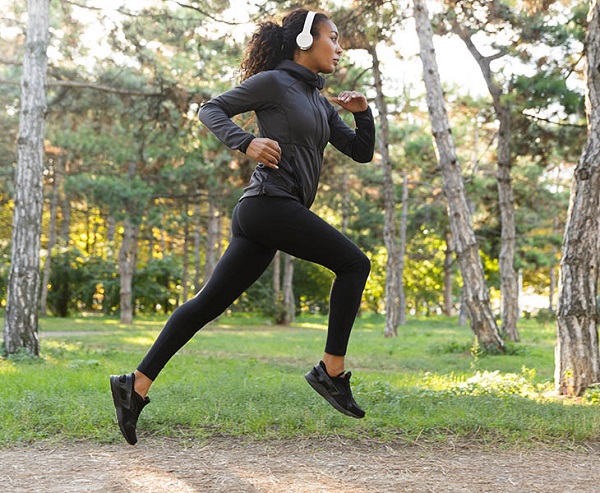 Statistics released to mark International Women's Day on Sunday 8 March show that 75% of RunTogether registered runners are female and more than half of all qualified Run Leaders are women. But runABC South writer Alan Newman thinks the sport has missed an opportunity...

RunTogether is the fun, friendly, inclusive programme created by England Athletics to promote grassroots running and fitness activity. The current membership stands at 128,000 and three-quarters of the registered runners are female. More than a million individual run bookings have been made by women on the RunTogether Runner app.

A recent review showed that of the 6,127 RunTogether qualified Run Leaders and coaches, some 3,392 (55%) are women. And nearly 30,000 women's only sessions have been organised by 247 RunTogether groups. You can find your local running group here

These are impressive stats that show the base of the pyramid reflects the gender population at entry level. Moving on to parkrun, where approximately half of the participants are women, there is a vigorous campaign to welcome as many women and girls as possible to celebrate International Women's Day at their local parkrun. The special #IWDparkrun day is being supported by This Girl Can and details are available at parkrun here

Despite this laudable support for International Women's Day, very few mainstream running events have been organised with women specifically in mind. The sport itself seems to have suffered a degree of myopia when it comes to IWD. A forensic study of runABC race listings indicates that just two events are clearly highlighting the global occasion.

Eventbrite has partnered with WMN RUN to promote International Women's Day 5K Run at 12 noon on 8 March from the Brockley Brewery Company, Harcourt Road, London. This is not exclusively a women's event. Family members, pooches and well-behaved men are welcome!

However, for a true celebration of women who run, would like to run or support women running, head for the Brownlee Centre, Leeds for the Evensplits IWD Women's 5K and Fun Run at 3:00pm on Sunday. This is the only UK race where women are guaranteed to finish first, second and third and IWD 5K is organised and photographed by an entirely female team.

Meanwhile, around the world there are huge gatherings expected for the Pune Women's Half Marathon, 10K and 5K in India and the Los Angeles Marathon celebrates the gender with some inspirational features on women athletes among the 24,000 who will be running from Dodger Stadium to the Santa Monica finish line.

Finally, if any men are feeling left out, International Men's Day will be held on Thursday 19 November 2020.