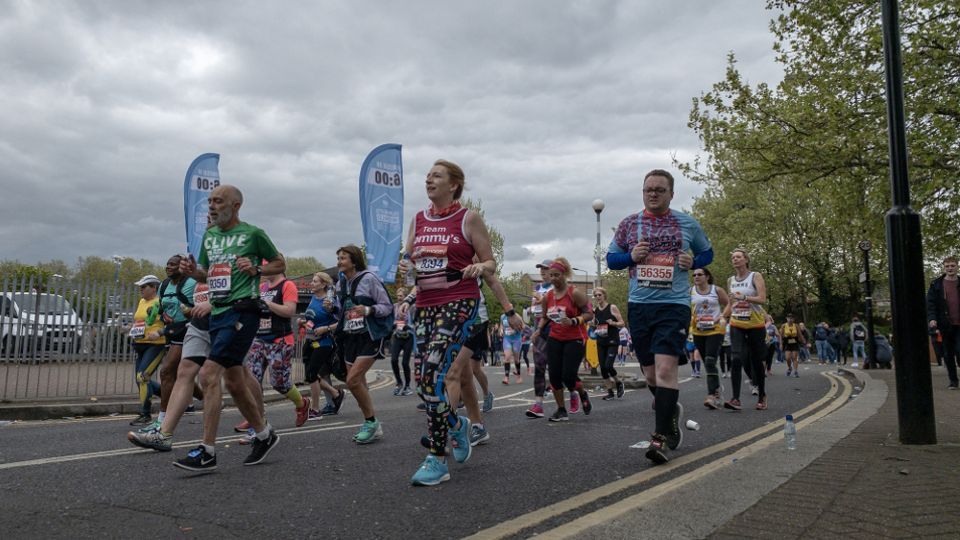 Runners from across the north of England are counting down the last few days until the Virtual London Marathon on Sunday (4 October). There are people attempting the distance for the first time, others wanting to put their lockdown training to the test and many more entering on behalf of a chosen charity.

Whatever their reason, they will be part of a 40th anniversary race with the option to run solo or socially distanced with others on an individually planned route. Participants have 24 hours in which to run, jog or walk the distance and log their efforts on an official race app. They will receive a medal and finisher’s t-shirt in return.

One football fan is aiming to stay in the loop. A passionate supporter of Grimsby Town FC, James Whaley has set himself the goal of running more than 120 laps around the club’s football pitch at Blundell Park. This mind blowing effort is for the Make-A-Wish Foundation, a charity that creates life changing experiences for children with critical illnesses.

This will be a first marathon for Kirsty Makin from Manchester who is undertaking the challenge in memory of her husband Tom. Tom lost his battle with osteosarcoma in June 2019 at the age of 29 after having overcome the disease on two occasions, leaving behind a wife and two young daughters. Kirsty is part of ‘Tom’s Team’ who have already raised £55,000 to date for Sarcoma UK.

We wish them and other Northern runners the best of luck for Sunday. Check what Midlands’ runners are up to in this final week to the race on the runABC Midlands newsfeed.