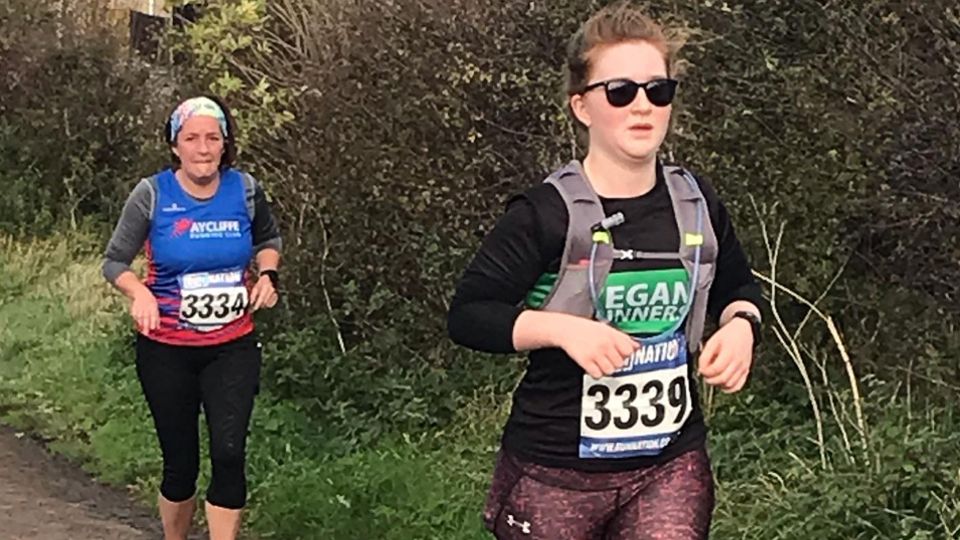 Blowy conditions at Bamburgh Castle for the 10K and Half Marathon.

Runners had ferocious winds to deal with at Bamburgh 10K and Castles Half Marathon on Sunday (1 November) with little relief as they made their way around the Northumberland coast. They managed to remain upright and socially distanced and despite the weather there were some impressive finishing times too.

Bamburgh 10K was held on a fast, flat course that started at Ingram Road and finished on Links Road. It passed the iconic Bamburgh Castle, described as England's finest coastal castle, as it continued in a single loop around the village. Participants completed two loops and some mild undulations in the Castles Half Marathon, and enjoyed views of the surrounding countryside.

In the Bamburgh 10K, Christopher Perkins of Birtley AC was first across the line in 33:59. Matthew Hornsby of Durham City Harriers & AC was second in 34:43 and Dave Richardson of Alnwick Harriers third in 34:48.

Alexis Dodd of Jarrow and Hebburn AC was the winning female in 39:49, only two seconds in front of Jennifer Berry of Wallsend Harriers & AC who finished second in 39:51. Claire Davies of Stocksfield Striders was third in 41:08.

Over in the Castles Half Marathon, Ali Bailey of Gateshead Harriers & AC blasted through the wind to win in 1:10:51. A gap of over 6 minutes separated him from Adam Gray of Penicuik Harriers, second in 1:16:48, with Andrew Heppenstall of Penistone Footpath Runners & AC third in 1:18:25.

Organisers Run Nation were commemorating 10 years of Run Northumberland and all the necessary precautions were implemented to ensure this event was Covid-secure and met everyone’s expectations. Their hard work and persistence in the face of local Covid alert levels and the consequent restrictions paid off. People praised their efforts and the tenacity of the marshals who stood out in cold, windy conditions for the entire day.

Full results for both events here