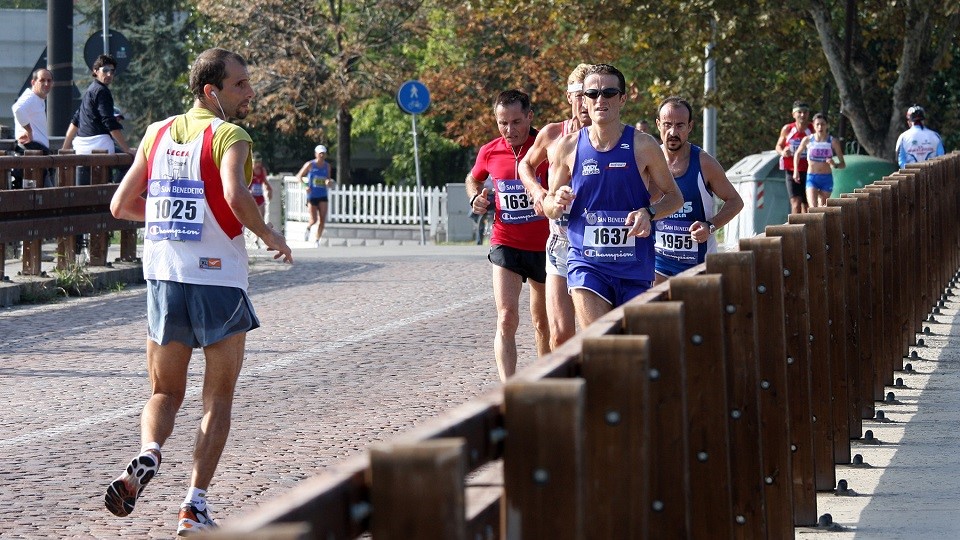 Running backwards could be the way forward

Did you know it is International Stress Awareness Week and the first Wednesday in November each year is National Stress Awareness Day? Wednesday 4th November was also the day that Parliament voted in favour of imposing a second lockdown in England to combat the surge of Coronavirus infections. It's times like this we can't help feeling we are going backwards rather than forwards but if that's what it takes to get the numbers down, then so be it.

It was while thinking about our current direction of travel and feeling in need of a little stress-busting light relief that runABC writer Alan Newman spotted a rather unusual question in a popular daily newspaper. The question was: “Has anyone run the London Marathon backwards?”

The answer, of course, is yes. In fact, there are not many different ways left to run London or types of costumes to wear while doing so. It seems that Karl Twomey ran the 2011 London Marathon backwards in an impressive 4 hours 16 minutes but the official Guinness World Record for running 26.2 miles in reverse has been held by Xu Zhenjun since October 2004 when he backed over the finish line at Beijing in 3:43:39!

There's no women's backwards marathon record recorded by GWR – perhaps opportunity knocks for someone – but the half marathon records are held by Achim Aretz (Germany, 1:40:29) at Essen in 2009 and Shantelle Gaston-Hird (UK, 2:16:03) at Manchester in October last year.

One of the oldest retro-running records is also the fastest. Ferdie Ato Adoboe (Ghana, 13.6) has held the reverse 100m best since 1991, travelling at a speed of 16.45mph!

Aaron Yoder (USA) is the first human to run a mile backwards in less than six minutes, recording 5:54.25 at Kansas in 2015, and his feat can be seen in this YouTube video

But perhaps the most astonishing backwards record listed in GWR is the 107 days between 18 August and 3 December 1984 that Arvind Pandya of India took to traverse the United States of America from LA to New York City – what a pain in the neck that must have been!

There are many claims for the benefits of running backwards, including improved balance and the sharpening of those essential safeguarding senses to avoid painful collisions. Researchers in Milan have discovered that running backwards is less stressful on the joints; can help with muscle imbalance and requires around a third more energy, so can improve endurance.

However, the jury is undecided whether avoiding painful contact with street furniture while maintaining social distancing in these extraordinary times could help to reduce stress levels – but it might be fun finding out?