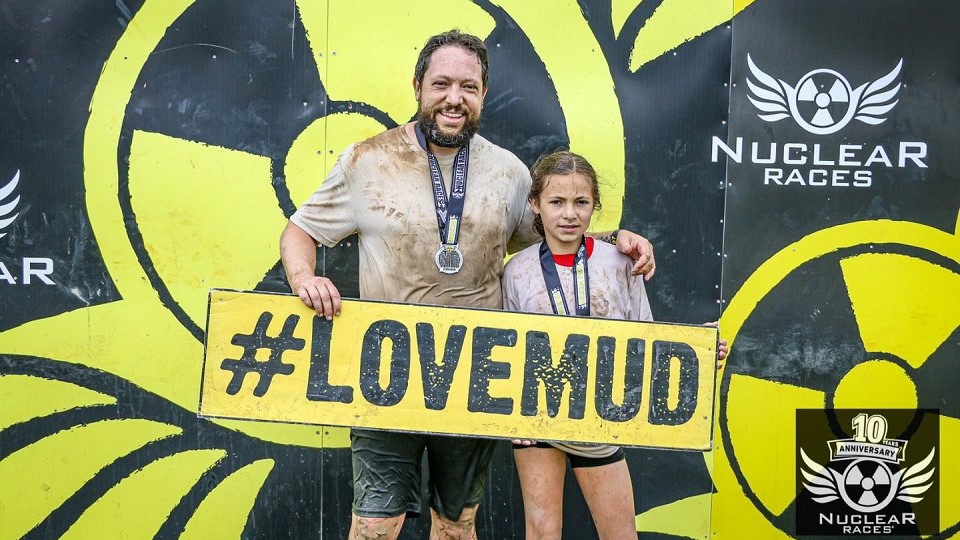 Nuclear Rush Weekend gets the thumbs up from 6,500

Runners (and their laundry systems) are tested to the limit

Jumping through hoops just to get the races put on was an additional obstacle to overcome before Nuclear Races could run their award-winning Nuclear Rush Weekend Obstacle Course Races at Kelveden Hatch Secret Nuclear Bunker, Parsonage Farm, Brentwood on 3-4 July.

Of course, the biggest and deepest cold war bunker open to the public in the Southeast of England is hardly a secret anymore, especially after an astonishing 6,581 weekend warriors had completed 12 various events from 7km to a potential 60km, plus 1.5km and 3km races for rookies aged 4-14 years.

Nuclear Races were voted the UK's number one adult and kids OCR events for the sixth consecutive time in 2019 and the highly experienced OCR organisers are celebrating their 10th anniversary this year. The two-day festival featured Nuclear Rush OCR World Championship qualifying events and the one and only Oblivion Extreme race of up to 60km on Sunday 3 July.

Every racer, spectator, staff member and marshal had to produce a negative Covid-19 test result before arrival on the competition site but apart from that sensible precaution it was pretty much mucky business as usual for mud lovers and adventure racers of all ages and there was a steady stream of visitors to the survivor wall for the all-important finisher photo.

The weekend culminates in the hardcore Oblivion Extreme race, where seasoned competitors try to complete as many 12km laps of the Nuclear Rush course with its 90+ natural and man-made obstacles as they can within the time limit. Three of this year's strongest Oblivion Extreme Legends completed four laps (48km): Dasos Gonella (7:38:18), Louise Ferriman (8:54:12 and Grant Thompson (8:56:02).

Here's a flavour of the Nuclear Rush Weekend without having to test the efficiency of your laundry system...