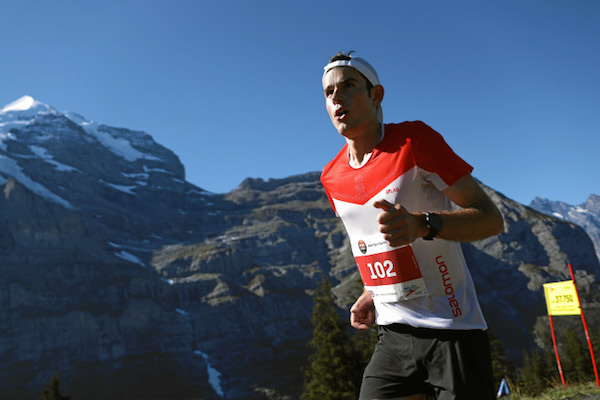 Just two months after winning the Zermatt alpine marathon – and a fortnight after winning the very different Great Aberdeen 10K – Commonwealth bronze medallist Robbie Simpson has won the Jungfrau Marathon in Switzerland for the second time.

Simpson’s finish time for the 26th edition of the 42-km race was 2.56.31, making him the only runner to come home under the three-hour mark. Fellow Brit, Andrew Davies, took second place, just over five minutes behind the seemingly unstoppable Scot.

Simpson – ‘the famous Scottish mountain runner’ – as he was called by some local press reports, was clearly delighted with his performance. Speaking to the Jungfrau Zeitung after the race, the Scot said: “It was awesome today, really, really good. I think in the first half of the race you never really know how it’s going to be once you start going uphill but I felt comfortable.

“Once we got to 25k, I was running up the steep part, and it felt like it was going to be a good day. After 30k I managed to get into first place and after that I didn’t look back.”

When asked how this year’s run compared with his last victory in 2016, Simpson said that this time he was probably able to 'relax a bit more'. Because he knew he had a good advantage after about 35 kilometres, he 'could just look around the mountains and sort of enjoy that a bit'.

With perfect course conditions and clear blue skies on race day, there was no shortage of mountains, spectacular views of the Eiger, Mönch and Jungfrau mountains and picturesque alpine villages for Simpson, and the 4000 other competitors taking part, to admire. There was just the small matter of the 7000 feet of ascent and 42 kilometres between the start at Interlaken and the finish at the Kleine Scheidegg along the way.

When asked if he planned on returning to the race next year, Simpson was cautiously positive. “If I’m around, and I’m feeling good, then I’ll be back.”

Simpson didn’t give any hints as to his race plans in the near future, but judging from his current form, a strong performance at the Tokyo Games next March is a likely scenario.