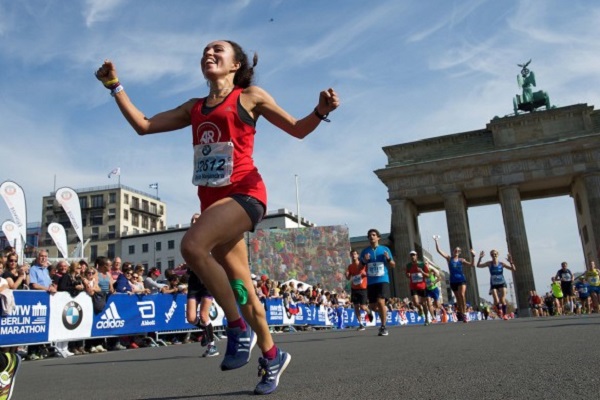 Eliud Kipchoge is just like the rest of us runners. All he wants from his next race is to beat his personal best. The only difference is that his next event is the BMW Berlin Marathon on 16 September and a Kipchoge PB could mean a new world record!

Eliud Kipchoge is the marquee signing for the 45th edition of BMW Berlin Marathon as the current Olympic champion and undisputed number one for consistency and quality in recent years. His PB, set in London 2016 (2:03:05), prefaced his Olympic marathon gold in Rio the same year. Meanwhile, Denis Kimetto's world record (2:02:57) remains tantalisingly just out of reach for the three-time London champion and double Berlin winner.

Kipchoge surely has pace to burn as his brilliant 2:00:25 in 'laboratory' conditions at Monza motor racing circuit in May last year demonstrates. This was never going to be ratified as a record but serves to indicate there is much more to come from the 33-year-old Kenyan, who said: “My preparation is entirely concentrated on the BMW Berlin Marathon on September 16. I am confident I can beat my personal best on this fast course if conditions are good.”

Good weather will be vital as Kipchoge's winning time in appalling conditions last year was an extraordinary 2:03:32. Former world record holder, Wilson Kipsang, will be determined to atone for his DNF last year and will be Kipchoge's fiercest rival. Three years older than his countryman, Kipsang will also be looking to trim his PB (2:03:13) set in Berlin in 2016.

The women's field in Berlin is the best for many years and is headlined by the third fastest in history, Tirunesh Dibaba, from Ethiopia (2:17:56) who set her PB in London last year chasing Paula Radcliffe's legendary 2:15:25 from 2003.

Dibaba will face the defending champion Gladys Cherono (Kenya) and former double Berlin winner Edna Kiplagat (Kenya), who is the oldest of the leading trio at 38 years old.

BMW Berlin Marathon has established a reputation as the world's fastest course with more world records set here than anywhere else. Berlin is one of the six Abbott World Marathon Majors along with Tokyo, London, Boston, Chicago and New York.