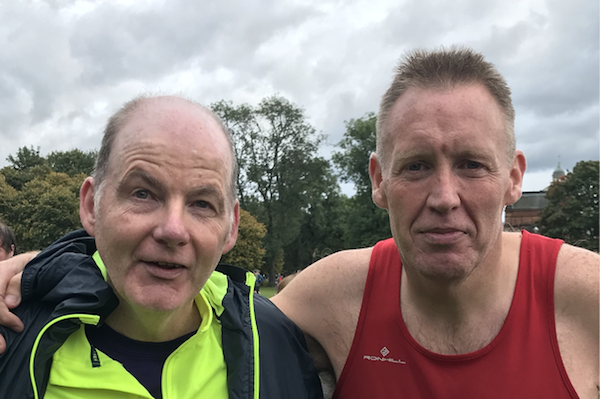 On Saturday morning (8 February), Glasgow’s Raymond Ward completed his 200th parkrun at Tollcross Park in a time of 31.35.

By any standard that’s an amazing achievement. But it’s even more amazing considering that Ward is completely blind.

Ward first started having trouble with his sight 20 years ago and was eventually diagnosed with retinitis pigmentosa (RP), a rare genetic disorder which can cause blindness.

Determined to help others in the same position, Ward started running in 1998, and set himself the goal of completing a half marathon to raise funds for Celtic FC’s visually-impaired commentary service.

He crossed the line of Glasgow Half Marathon that same year and ‘hasn’t stopped running since’. So far, Ward has 18 half marathons, ‘countless’ 10ks and now 200 parkruns under his belt.

The 54-year-old told Glasgow Live: "I’m really quite pleased that I’ve reached this milestone and I am truly grateful to the guides who made it possible. Without their support and encouragement, I simply wouldn’t be doing this."

Ward has also been supported by parkrun, who have played a large part in helping him achieve his goal – as well as raise almost £10,000 for charity over the years.

Raymond’s sister Katrina has also been key in helping her brother reach his goal. She contacted parkrun to see if they could arrange for a guide for Raymond.

Katrina said: "The parkrun team have been so supportive. […] They make sure that a guide collects him every week and that there is transport available for him on race days.

"We are all extremely proud of Raymond. It’s an amazing achievement that shows dedication and discipline, especially as he runs in all weathers. By comparison I’ve only managed a meagre 21 and I’m five years younger and with good vision!”