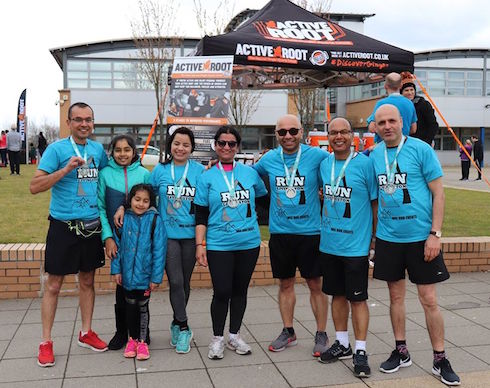 Run Livingston 2020 to be an Easter treat

Entries have opened for the 2020 edition of Run Livingston, billed with characteristic humour by its organisers/timers as a 'surprisingly interesting run round the footpaths of Livingston'.

This year’s date will be Easter Sunday (12 April), and runners keen to take part had better ‘hop to it’: the event sold out completely last year. As in 2019, Run Livingston 2020 will continue to offer 10k and half marathon distance runs. Both events will start and finish at West Lothian College.

Despite the urban base for the Run Livingston events, the routes are described as scenic, offering ‘secret views of Livingston that you can't see’ from the roads. As organisers Wee Run Events say: “We like to think this run takes you through the hidden gems of Livingston!!”

The routes of both races take in a mix of hard trails and tarmac paths, and are, for a city-based run, ‘surprisingly green’. Both routes are described as ‘fairly flat’ – a description which should be taken with a pinch of salt given the organisers’ penchant for hills, and the inevitability of underpasses and subways.

But a little elevation is no bad thing. One runner who took part last year said that ‘small up and down hills’ kept the route ‘interesting’.

Runners fuelled by music will also be pleased to hear that as both race routes are not on roads – with main road crossings done via footbridges or subways – headphones are allowed.

Runners should note that in order to lessen the event’s impact on the environment, T-shirts will not be given out at the finish. If they wish, runners can pre-order a hoodie or finisher’s T-shirt when they enter.

Medals will still be awarded to all finishers.