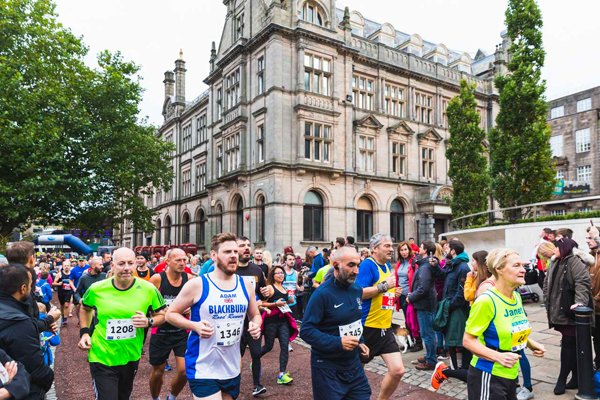 Bee your best at City of Preston 10K

The City of Preston 10K came under new management in 2018 when Sports Tours International stepped in to take up the reins of a race in danger of disappearing. The Sports Tours team were pleased with the partnerships they created to put on the event (particularly with the local council and JD Gyms) and were delighted to attract 2,000 entries for the feature event and the kid's fun run.

The race is now set to return for 2019 on Sunday 29 September and will be staged under the new Running Bee Foundation banner, an initiative which returns all race profits to community projects.

The 2018 race saw local favourite Chris Livesey and North West podium regular Kirsty Longley lift the main prizes and Chris was also happy to be part of the PAR group team that won the Business Trophy.

Also returning this year will be Sultana Ahmed who ran her first 10k at Preston in 2018. The popular blogger is an advocate of better health and fitness among ethnic communities and through a series of articles and interviews has used her own experiences as a positive guide. Sultana has now recruited her husband and brothers to join her at City of Preston 10K 2019.

Sultana will be one of hundreds of charity runners, taking part for good causes like NSPCC and Rainbow House. The cause she will be supporting is the Rohingya Emergency campaign, to help the hundreds of thousands of displaced Rohingya refugees who need food, water, shelter and medical care to survive.

Sultana said: "Less than a year ago, I took part in the City of Preston's first ever new 10K. Around the same time, a year ago, attacks on the Rohingya community in Myanmar left thousands dead, and hundreds of thousands fleeing to Bangladesh in search of safety. There are now almost 1 million Rohingya refugees living in the extremely densely populated area of Cox’s Bazaar on the coast of Bangladesh.

"This is the fastest growing refugee crisis in the world. One year on, there are still Rohingya refugee families arriving into Bangladesh every single day, fleeing persecution. This is why I have taken on the City of Preston 10K again this year. But this time I have family doing it with me. Together, we hope to raise funds that will provide shelter for 8 families."

You can support Sultana at the Just Giving website.

You can find out more about City of Preston 10K at the event website.