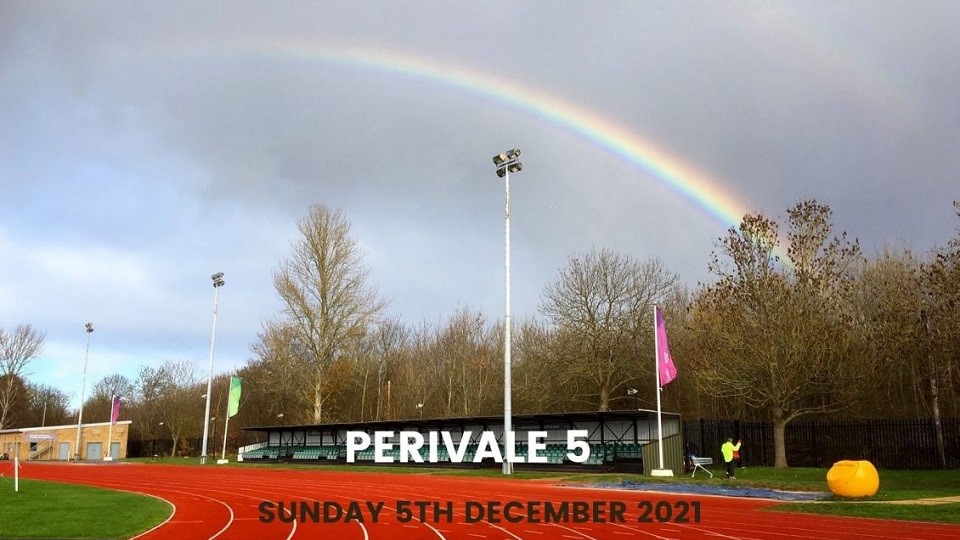 Milne's miling is not quite enough for bonus

The Perivale 5 has been a London staple for more than 20 years and the fast, flat course that finishes on the Perivale Park Athletics Track has been facilitating PBs for hundreds of athletes since the inaugural race in 1998.

The outright course record is 24:36 and has been held by Kebede Dereje (Ethiopia) since 2002, although a revision looked to be on the cards in this year's race on Sunday 5 December as Alex Milne (Hercules Wimbledon) swept home in 24:44, falling just 8 seconds short of a £200 record bonus.

Sub-5-minute miling is shifting and Milne was the only athlete of 324 finishers (in 1:06:13) to achieve that benchmark in the cold conditions. The leading places were completed by host club Ealing Southall & Middlesex runners Elias Ahmed (25:18) and Mohamed Hashi (25:42).

The women's course record has been held by Faye Fullerton (Havering Mayesbrook) since 2015 at 27:33 and that also survived for another year as Melissa Gibson, of Ealing Eagles, took the honours in 29:31. Similar to the men's race, Gibson was the only female to beat the 6-minute-mile pace as runners-up awards were claimed by Harrow AC members Lizzy Totten (30:03) and Lucy Ashe (30:05) – just missing the 30-minute threshold.

Despite the best efforts of the 'Harrow Arrows' it was Ealing Eagles who flew to team prizes in the women's race. Ealing Southall & Middlesex proved too strong for the opposition in the men's race.

Perivale 5 is a fast race with good club athletes to the fore but there is a strong sense of community to the event as funds are raised annually for local charities. This year's beneficiary was the wonderful work of all the volunteers at the Ealing Food Bank.