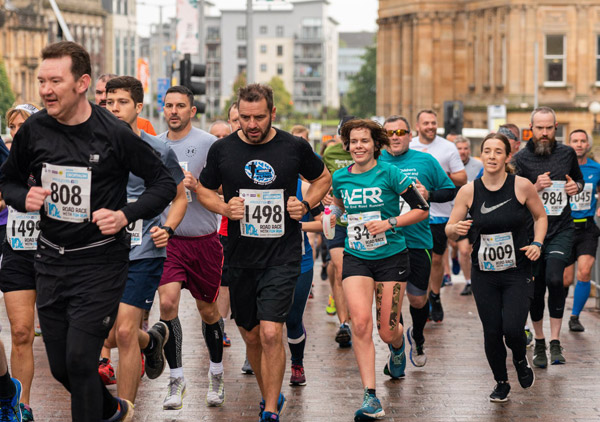 Ahead of yesterday's Paisley 10K, runners would have been pondering the vagaries of the Scottish weather. Would a cooling breeze become a battle into the wind, a gentle drizzle turn into a downpour?

Fortunately conditions were favourable, if not perfect, for the 1,600 plus who lined up in the town's County Square. A pre-race warm-up and encouraging words from Bryan Burnett on the PA system and they were off.

The first kilometre saw the field turn back on itself so those in mid-division were able to catch the action at the head of affairs where Inverclyde AC, Shettleston Harriers, Kilbarchan AC and Central AC vests were prominent.

Runners had to work hard against the wind in the early stages although St. Mirren fans would have got a boost at around 3k as they passed their club's ground, and all runners would have relished the support of the enthusiastic policewoman at 4k.

That section was the most difficult with narrow stretches and puddles at the roadside kerb. However having negotiated the underpass just beyond half way runners were happy to get some wind assistance over the second half of the course.

They would also have enjoyed the cycle track section – flat, sheltered and on fast tarmac – as they made their way back to the town and the welcome sight of historic Paisley Abbey before being roared home by the town centre crowds.

Post-race runners praised a well-organised event with great marshalling around the route, a Paisley-themed medal and a flat course.

Hundreds of charity runners added welcomed colour and enthusiasm to the event, notably the big contingent from Erskine, the official Paisley 10K charity.