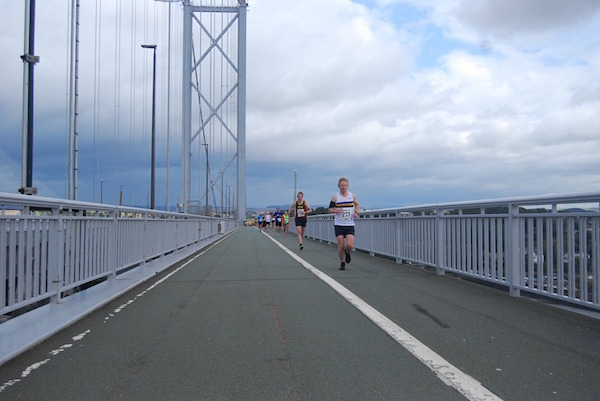 The rush for places was testament both to the popularity of the unique event and the fact that its 2018 edition was cancelled due to works on the bridge walkways.

The 2019 edition of the event had its complications too. But Pitreavie AAC dealt admirably with the inevitable challenges thrown at them by the organisation of a popular event in an unusual location, including a last minute change of route – which gave the runners an additional hill to contend with on the day.

A strong headwind as the course headed south also made an already tough route even harder for the runners – and heavy weather for the volunteers.

Feedback from participants on social media after the race was very positive. One called it ‘hard going’ because of the wind and the ‘extra hill’, but a great experience overall with great support along the route.

Despite all the challenges, the organisers also noted after the event that ‘there was great running throughout the field’, with local clubs featuring prominently on the Forth Road Bridge 10K podium.