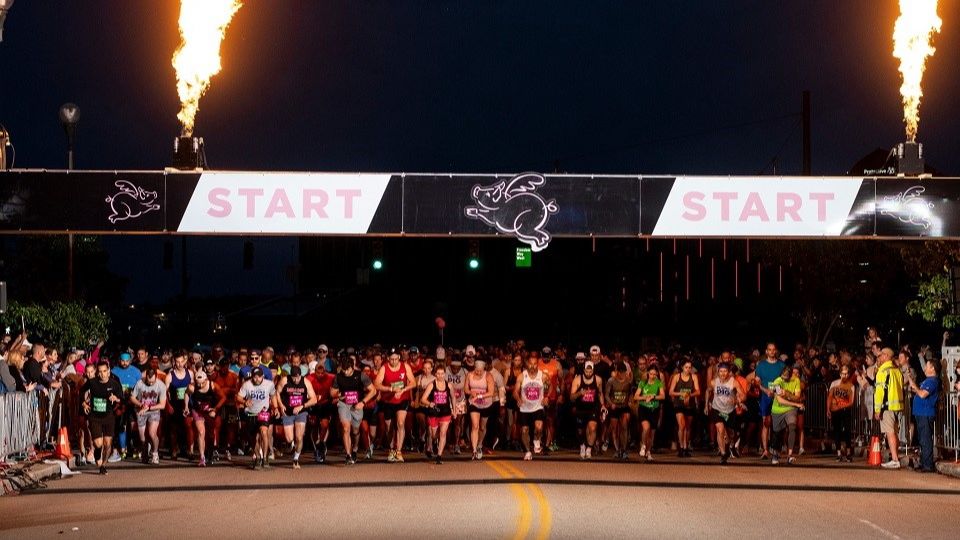 What a pigging kerfuffle!

It was a slack week for running news as England entered its second national lockdown on Friday 5th November 2020 when runABC reporter and athletics coach Alan Newman first explored the potentially emotive issue of distance running for children.

Spool forward 18 months and with COVID-19 finally in the rearview mirror, although still a latent threat lurking in our consciousness, we hear of a social media storm that has arisen following the Flying Pig Marathon in Cincinnati, Ohio, USA earlier this month.

Nearly 1,000 comments were posted on the official event Facebook after organisers issued a statement following their decision to allow a six-year-old boy to compete. Rainer Crawford ran, accompanied by his parents Ben and Kami Crawford, and his five siblings including his 11-year-old sister Fillia.

The Crawford's have gained a large following on social media, having undertaken and publicised numerous gruelling endurance challenges with their family, including publishing a book in 2020 in which they claim to be the largest family to have hiked the Appalachian Trail together.

Unsurprisingly, the Flying Pig Marathon episode has provoked outrage, further fuelled when the family posted on Instagram that Rainer had struggled physically and wanted to sit down every few minutes, adding: "‘After 7 hours, we finally got to mile 20, only to find an abandoned table and empty boxes. He was crying and we were moving slow, so I told him I'd buy him two sleeves [of Pringles] if he kept moving". The parents had issued this statement on Instagram to: "lay out a few facts for the public conversation", before taking a break from social media.

The episode forced the Flying Pig Marathon organiser, Iris Simson Bush, to issue this open letter to explain their reasoning for breaking their own race rules, which clearly state that only adults aged 18+ can enter the race.

The rules in the UK are quite clear. Athletes must be 18 to enter a marathon; 17 for a half marathon and 15 for a 10K race. It is difficult to envisage anyone breaking those simple rules in competition here and it is significant to note the somewhat contentious international age 'records' for marathons start at 5 years and are all held by American boys up to age 17 and American girls up to age 12.