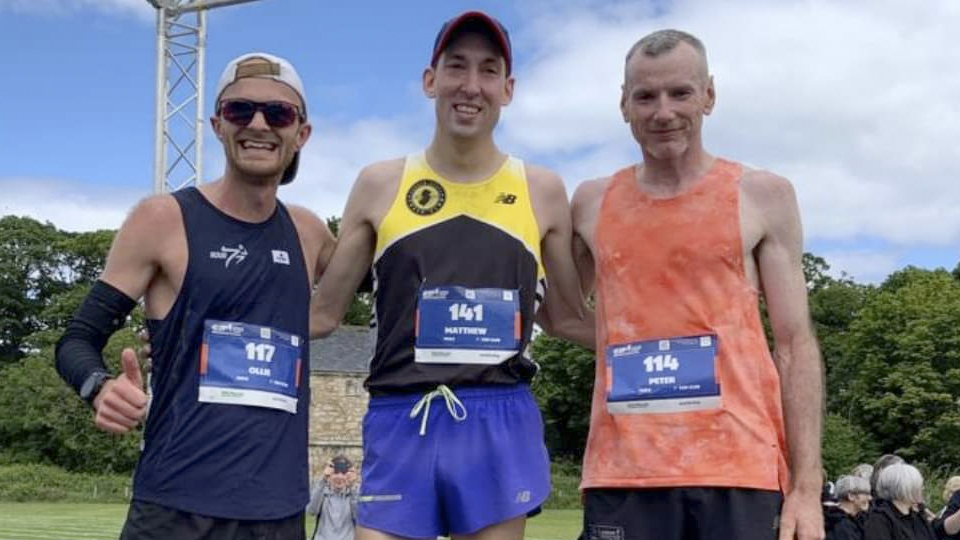 Edinburgh's streets came alive to the sound of 80,000 feet at the weekend...

40,000 runners from all over the world gathered in Scotland’s capital to take part in this year’s Edinburgh Marathon Festival, making it the biggest sports participation event in Scottish history. Across the action-packed weekend, Scotland’s biggest running festival featured 11 races including a marathon, half marathon, team relay, 10K and 5K, plus six junior events. Runner’s were set off by Official Starter and national treasure, Mary Berry, of Great British Bake Off fame.

Sunday’s weather made for perfect running conditions on one of the world’s fastest marathon courses, where both Scottish and international runners battled it out for the top prize. Matthew Gillette raced to glory with a winning time of 2:17:57. Speaking afterwards he said: “This was a great course! I’ve ran two marathons so far and this course was flat and had great views - I loved it!”

The women’s race was dominated by Virginie Barrand, Metro Aberdeen RC who lead from the front with a time of 2:45:03. Virginie commented: “We couldn’t have got a better day for it - no wind at all, sunshine, not too hot, great atmosphere - there were people cheering us the whole way which was really nice.

Sophie Delderfield from Vale of Aylesbury AC claimed second  in 2:51:43 and Christina Strauss completed the podium in 2:54:18.

Durham’s Kieran Walker stormed to victory in Sunday morning’s half marathon with a winning time of 1:05:19, sprinting on the final straight to beat Lewis Rodgers of Fife AC who achieved a time of 1:05:24, with Michael Christoforou of Cambuslang Harriers completing the podium in third with a time of 1:05:41.

Kieran said: “It’s the first time I’ve ran in the Edinburgh Half Marathon, and I’ve ended up with a PB which is great! Really perfect conditions, probably one of the best halfs I’ve ever done, and I’ve raced a few!"

Rebecca Burns of Pitreavie AAC was the winner in the women’s race with a time of 1:17:30. She commented: “I loved it! It’s my first proper half marathon, it was a great course and really fast."

She was followed by Sarah Brown in 1:17:48 with Claire Bruce of Metro Aberdeen RC finishing in third place with a time of 1:17:57.

Edinburgh’s Holyrood Park played host to Saturday’s action with the 10K, 5K and junior races kicking off the festival’s line up. Mark Macdonald of Skye & Lochalsh Running & Athletics Club was first home in the EMF 10K race with a winning time of 33:24. First female in the EMF 10K was Tammy Wilson of Jsk Running Club in a time of 39:17.

Neil Kilgour, Edinburgh Marathon Festival Director, said: "We are so proud to host a truly world class running event in Scotland’s capital for runners of all ages from across the globe. Congratulations to everyone who took part. Thanks for making the 2022 Edinburgh Marathon Festival the biggest sports participation event in Scotland’s history. Come and see us again next year!”

Entries for the 2023 Edinburgh Marathon Festival which takes place on Bank Holiday Weekend, Saturday 27 and Sunday 28 May, are open with an early bird discount for everyone who registers before midnight on Sunday 12 June at the event website.