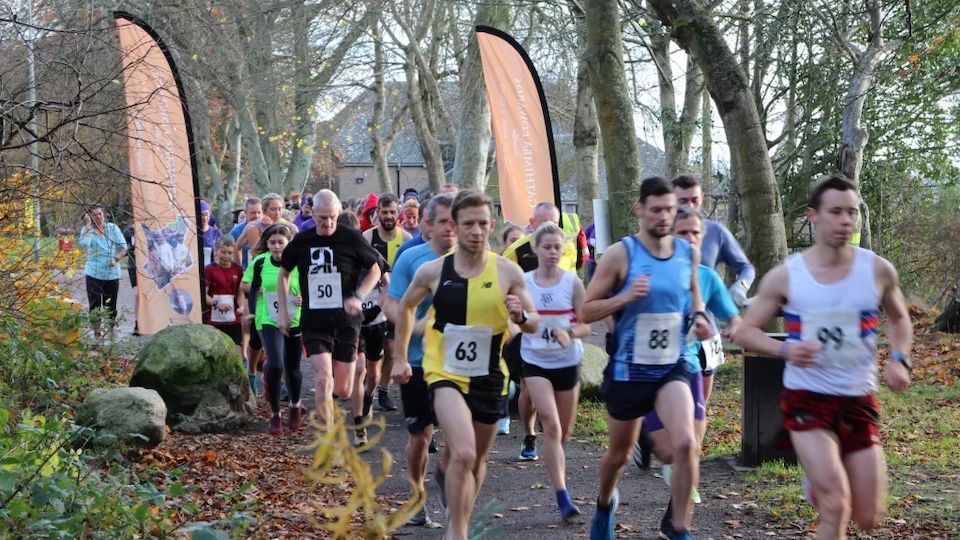 The Gathimba Edwards Foundation’s Safari Race Series roared to a close on Sunday (5 December) with the final race in the series, the Prime Four 3K.

The brand-new North East race series gave runners the opportunity to compete over three different distances and terrains – and receive one of three wooden Kenyan safari animal-themed medals in the process.

The series kicked off with Mel's Mile on Sunday 17 October, a series of paced and seeded mile races on the Aberdeen Sports Village track where charity co-founder Myles Edwards first met and raced alongside Gideon Gathimba back in 2009. Nearly 50 runners took part in the inaugural event despite the rain, earning a lion-shaped medal for their efforts. Teenager Rhian Birnie (5.52) and Ross Finlayson (5.01) were the fastest female and male runners of the day, winning the Joan Wilson ‘Victrix Ludorum’ and Mel Edwards Trophies respectively.

The second race of the series was the off-road Hazlehead 5K (Sunday, 14 November), which followed the same course as the Hazlehead parkrun and rewarded its runners with hippopotamus shaped prizes. Just over 50 runners took on the challenge, with Sean Chalmers and Aimee Tawse finishing at the top of their podiums. Half of the £262 raised on the day made its way to local charity Friends of Hazlehead, who work hard to maintain and approve the Aberdeen park.

Sunday’s Prime Four 3K was a fast and flat blast around the Prime Four Business Park in Kingswells, just outside of Aberdeen – with rhinoceros-shaped medals waiting for the finishers. Hazlehead victor Sean Chalmers recorded his second win of the series over a field of just over 80 runners, with Chloe Gray taking the trophy for first female.  Younger runners enjoyed a shorter, 1K-long route around the park.

Although Sunday’s race was the shortest, it raised the most funds for the GEF, bringing in an impressive £1364. All in, the three-race series raised £1748 for the for the charity and its work with Kenyan children and families.

GEF Development Executive Kayleigh Paterson confirmed to runABC Scotland that the series will return next year, with three different animal themed trophies up for grabs and more information to follow in the new year.