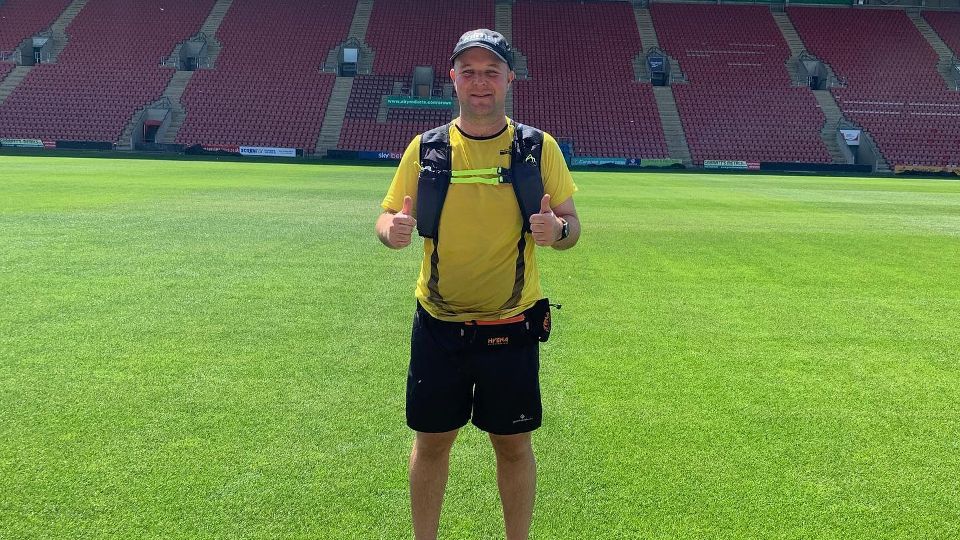 Nathan soldiers on to 92 stadiums in charity challenge run

Nathan Richardson is on a self supported, six month challenge, running to all 92 football stadiums on behalf of Mind and Super Josh.

Former soldier Nathan Richardson is a man on a mission. His goal involves 92 football grounds and over 2,000 miles of running! This football fanatic is running unsupported and self-funded around England and Wales for two charities close to his heart.

The 28-year-old from Manchester began running as a way to cope with family bereavements and mental health issues. The thought of a marathon crossed his mind but he dismissed it as an unrealistic goal until April 2019 when he completed the Manchester and Paris marathons within a week of each other. This started im thinking about his capabilities and what he could achieve. He needed a challenge that would push him to his limits and beyond.

Nathan had wanted to visit all 92 football stadiums and realising that no-one had ever run to them sparked an idea. That set the goal of becoming the first person to do so and, not only inspire himself but, encourage others to take up running and enjoy the benefits the sport brings. Drawing upon his own experience of mental health issues and keen to raise awareness, Nathan is fundraising for Mind and Super Josh, a Bury-based charity that supports children and their families with brain tumours and post-surgery disabilities.

He departed on 7 March from Old Trafford but following the Prime Minister’s address to the nation of the 23 March and the subsequent lockdown, made the decision to postpone until the situation changed. He continued training at home in the meantime. On 25 May Bank Holiday Monday following the easing of restrictions, he was able to restart his challenge and visited Moss Rose stadium, the home of Macclesfield Town FC.

Whilst Nathan is running this challenge on his own and is entirely self-sufficient, he would welcome company along the way and invites anyone to run with him for a few miles. He is also carrying out ‘plogging’ on some of his runs and as above, invites people to join him and help the environment at the same time.

For daily updates and running mileage visit his Facebook page and his website for more info. Donations can be made at his Virgin Money Giving page ‘Run around the grounds’.