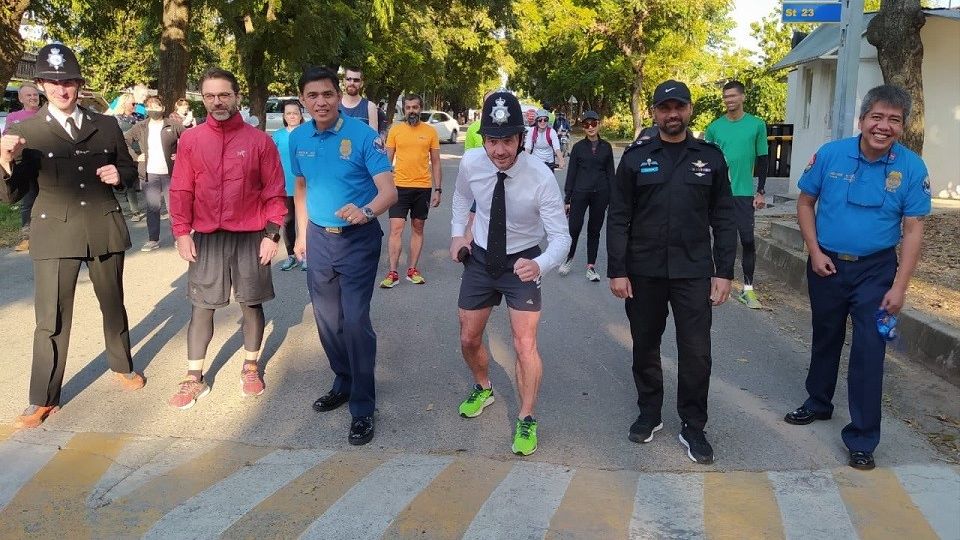 Shocked by the death of Sergeant Matt Ratana, his Metropolitan Police colleagues and friends have raised more than £40,000 through a virtual 10K run that has gone international. Matui (known as Matt) Ratana (54) was working nights as the Custody Sergeant at Croydon Custody Centre on Friday 25 September 2020, when he was shot and killed by a handcuffed suspect he was preparing to search.

Matt Ratana was a larger-than-life character; a natural leader and communicator who had served in both New Zealand and British police forces. He was a regular at his local gym and a keen and popular rugby player and coach at East Grinstead rugby club. At his funeral, it was revealed he once distracted and defused an angry crowd by performing the Maori Haka!

Matt's partner, Su Bushby, paid this moving tribute at the funeral in Shoreham: "You were taken far too soon, your gym, rugby, and policing family will help your legacy, your kindness, and your spirit live on. You have touched so many people's lives, you will be truly missed. My life has been richer and funnier for knowing you and I feel blessed you were in my life."

Fellow Met Police Sergeant, Paul Hollis, a member of Tunbridge Wells Harriers who completed the gruelling Himalayan 100 Mile Stage Race for charity last year, decided that the tragic loss of his friend and colleague should be marked with an event to help raise funds to support his partner.

Sergeant Hollis ordered 100 bespoke T-shirts and medals and put out a flyer for a virtual 10K run to honour the memory of Matt Ratana, with a nominal entry fee of £20 to cover expenses, and any profits to be passed to Matt's partner. Within weeks the entries had to be capped as they had passed 2,000 – causing a considerable logistical challenge to keep up with demand.

The initial plan – to restrict participation to Metropolitan Police officers and civilian staff – was soon abandoned as the police family from all over the nation signed up alongside firefighters, ambulance crews and athletics clubs. There were even British police seconded to the National Crime Agency in Islamabad, Pakistan participating in full uniform – see image above.

Due to demand, the Matt Ratana Memorial Virtual 10K closing date was extended from 5 November to 10 December and the family support fund is well on its way towards £50,000.

This truly is a fitting way to remember a very special person.

Check out how you can be part of the continuing Matt Ratana story by linking to our March 2021 story.