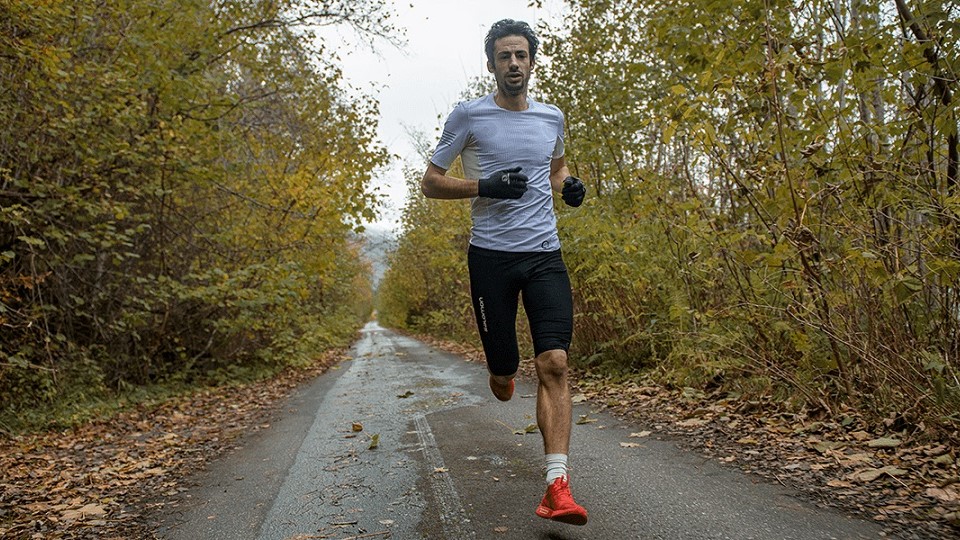 After a couple of false starts due to injury niggles, followed by an unsurprising dump of snow in Norway, the 33-year-old Catalan athlete Kilian Jornet will finally commence his attempt on one of the toughest world records on the books – the 24-hour track record – at 10:30 am CET (9:30am GMT/UK time) tomorrow – Friday 27 November.

All being well, Jornet will complete his task on the blue all-weather 400m track at Mandalen, Norway at precisely 9:30am on Saturday morning (28 November) and you can watch the entire race unfold through this live-action feed courtesy of Salomon at the Phantasm 24 Running Challenge.

Jornet's seemingly insurmountable target is the 303.506 kilometres (188.590 miles) covered by multiple ultra-distance record holder Yiannis Kouros, from Tripoli in Greece, in 1997. This represents an average of 4:45 per kilometre – for 24 consecutive hours – which Journet calls an 'absolutely wild' achievement! Kouros has held numerous endurance running records from 100 miles to 1,000 miles and timed race records from 12 hours to six days.

Jornet already holds one record for 24 hours – for uphill skiing when he climbed a world best 23,864 metres on 8 February 2019. He is a six-time winner of the Skyrunner World Series and has won practically all of the world's toughest trail races, including Ultra-Trail du Mont-Blanc; Grand Raid; Western States Endurance Run and Hardrock Hundred Mile Endurance Run.

The Salamon-sponsored athlete will be wearing the brand new S/LAB Phantasm super-light but well-cushioned road racing shoes, which he has helped to develop and are on sale to the public next year. He will also be kitted out in Salomon's NSO Apparel, which helps to reduce muscle fatigue.

“It’s so many kilometres that I cannot even visualise it,” Jornet said. “I’ve seen Yiannis’ splits so I want to keep up with that as long as I can. I know the speed I need to keep to every hour, so then I know the pace for every kilometre and every lap. Of course, the first 10 hours will be a bit faster and then slowing every hour after, so I have a plan and I know what I want to run every hour. The big thing is to not have any muscle problems and be able to eat without having big down periods.”

We could be witnessing history in the making from Friday morning and runABC will bring you the results after the events in Norway.