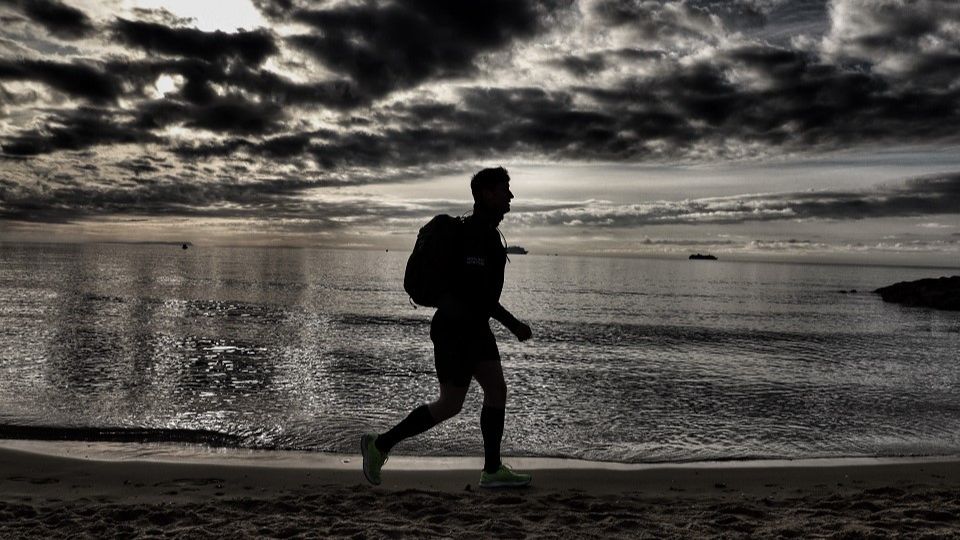 One young person living with the condition is Aggie Candy-Waters, who Darren met recently before deciding that something had to be done to help raise the £1million required to start human trials into promising new gene therapy discovered by doctors at the Children’s Hospital of Philadelphia. And so the '5 in 50' challenge to run five marathons in 50 hours was conceived and it was mission accomplished on the Dorset coast on Sunday morning (11 April).

Battling through cold weather, sleep deprivation and exhaustion, Darren had to muster every reserve of determination he had and in the end, it was a picture of Aggie, the 12-year-old girl he is raising money for, that got him through his journey between Poole and  Abbotsbury.

Darren said; “There was a moment coming into marathon three that I hit a real low and felt like that was it. I tried to sleep for 10 minutes, as I hadn’t slept in 37 hours, but the pain in my feet was too much. So I rang Aggie’s parents to get a photo of Aggie, and I also got a picture of my own kids sent through. That was all I needed to push me through to the end.”

Darren’s wife, Gemma added; “I think he’s amazing how he can have a little idea three weeks ago and now all of a sudden its now a reality with £17,000 raised so far!”

All the money raised will go towards lifesaving treatment for Aggie. Richard Candy-Waters, Aggie’s dad, said; “It’s absolutely priceless that Darren can raise the profile of the condition, and the gutsy way that Darren has taken on this challenge is extraordinary. We are eternally grateful to Darren for every step he took over the last few days.”

Darren, a double gold medallist, and Warrior Games record breaker, completed numerous extreme sports challenges for charity in 2020, raising £24,000. He ranks the '5 in 50' is up there with the toughest he has completed. These challenges, Darren explains, are his way of creating a focal point that enables him to better manage his PTSD as he plans and executes them, so he always has another big event on his horizon.

Donations can be made at Darren's JustGiving page where nearly £20,000 has been raised for H-abc Foundation UK. Darren would like to thank Resilient Nutrition and Osprey for their support in making this challenge possible. 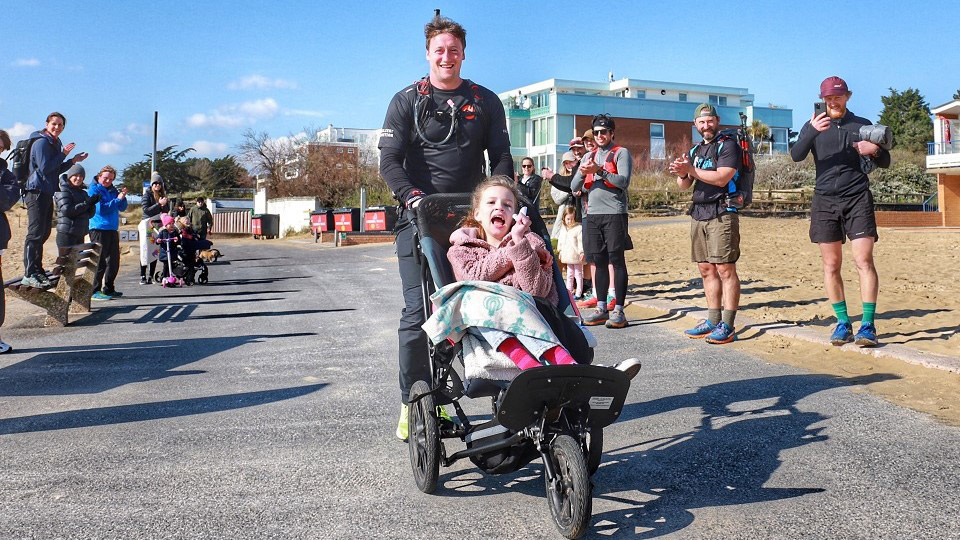