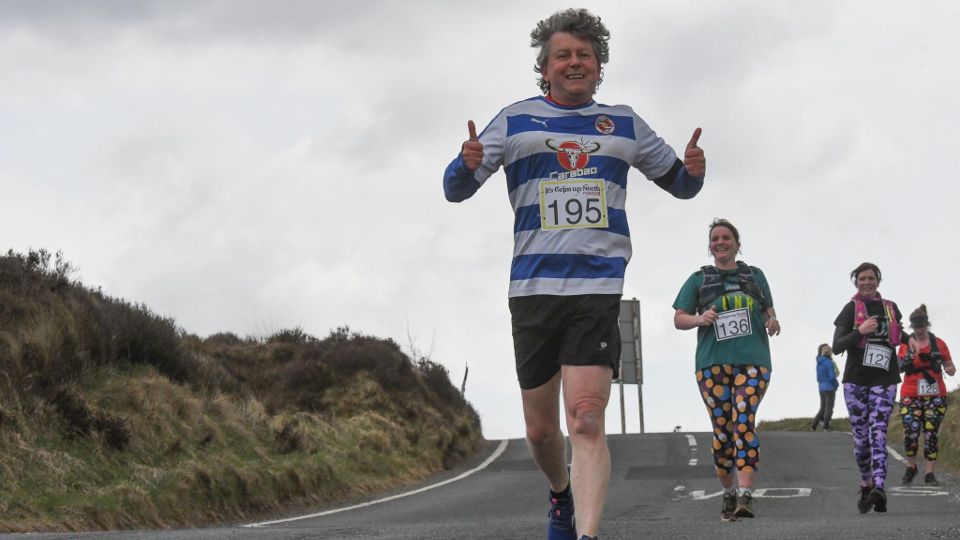 Wild about the Wuthering Heights Wander

Tough, rugged and weather-beaten; these words could be used to describe runners along with the route at Saturday’s (10 April) Wuthering Heights Wander. A classic from It’s Grim Up North Running in the home of the Bronte sisters, it lived up to its reputation as a friendly, well-supported event that also packed a punch!

The event was held in the village of Haworth in West Yorkshire, made famous by Emily Bronte’s passionate and intense novel ‘Wuthering Heights’. There was intensity of effort from more the field who tackled a 5 mile lapped course on multi-terrain that included a hill on each loop and technical sections requiring good footwork. No sightings of Catherine or Heathcliffe on the moors however...

A good choice of distances: 5 miles, 10 miles, 15 miles, 20 miles, marathon and ultra with the option of an early start for the latter two races. Runners headed off from the Bronte Parsonage Museum and remembered to “stiffen thee spine” as they completed their lap/s, surrounded by stunning countryside and in decent weather.

There were plenty of cheers and shouts of encouragement from the GRIM team which is their trademark and good camaraderie between the runners as they dug in to the finish. A bespoke medal, beer and homemade cake were the rewards for their endeavours.

Those looking to return next year will be thinking about whether to step up the distance. Time enough to decide...

A provisional set of results is available to view on the It’s Grim Up North Running website.