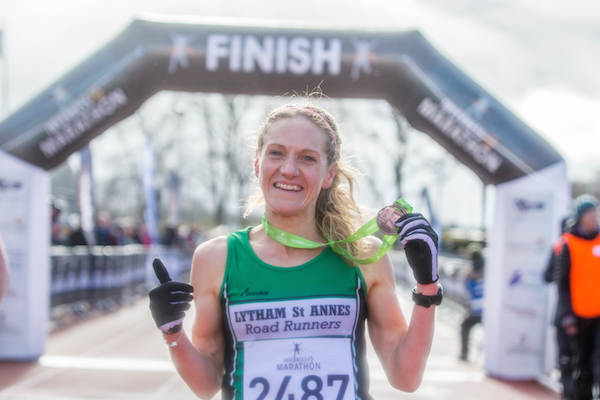 Record numbers make a dash for Inverness Half Marathon

A record 2940 runners will be heading to the Highland capital on Sunday to take part in the Inverness Half Marathon, the biggest turnout in the history of the event.

Over 1000 runners have also signed up for the 5k, with more expected to register on a first come, first served basis on the day.

The Half Marathon attracts runners of all levels of experience, with 21% of those signed up this year making their first attempt at the distance.

But one of Sunday’s runners certainly not making his first attempt is Scotland international Kenny Wilson. The Moray Road Runner showed outstanding form earlier this month when outsprinting Deeside's Commonwealth Games marathon bronze medallist Robbie Simpson – the current Inverness Half Marathon record holder – to win the Kinloss to Lossiemouth Half Marathon in a personal best time of 1:04:55.

Wilson said: "I feel I should be able to run somewhere in the 65min range. It's a really good course and one capable of offering quick times. There's a bit of climbing until the halfway stage but if you get to that point in good shape its quite fast after that. It’s a case of not going out too hard. It also looks like there will be a good competitive field which is good as it helps generate better times.’

Wilson is pleased that the race, now in its 36th year, will feature athletes of the calibre of Weynay Gerbreselasie (Shettleston Harriers) and Cameron Strachan (Metro Aberdeen). He added: ‘Weynay won the Inverness race when I last did it and is running well at the moment. Cameron has also been in great form over the winter and it will be good to compete against him over this sort of distance."

In the women’s division of the race, Liz Abbott (Lytham St Anne's) will be returning to defend her title. The Lancashire athlete, who set a personal best time of 1:16:52 when winning 12 months ago in what was her first half marathon for a decade, believes she's capable of running at least as fast again.

Abbott said: "I’m excited and feeling pretty good. I did no running for 10 weeks in the autumn because of a foot injury, although I kept some fitness by doing a lot of cross training and strength and conditioning work. The weather has been challenging so it has been difficult to assess how well everything is going because training times are affected by the wind."

Jenn Wetton, who finished runner-up three years in a row between 2015 and 2017, will also be returning for another crack at a podium position after finishing fourth in 2019. Megan Crawford (Fife AC), who won Loch Ness marathon in 2015, is also capable of challenging for a podium position.

Speaking ahead of the event, race director Malcolm Sutherland, said: ‘It's great to see 2020 will be Inverness Half Marathon's biggest year yet. We've received entries from all over Scotland, the UK and around the world, and from all ages of runners.

"Whether they’re experienced runners looking to set a new PB or taking on the challenge for the first time, we look forward to bringing everyone together and giving them a warm Highland welcome on Sunday."