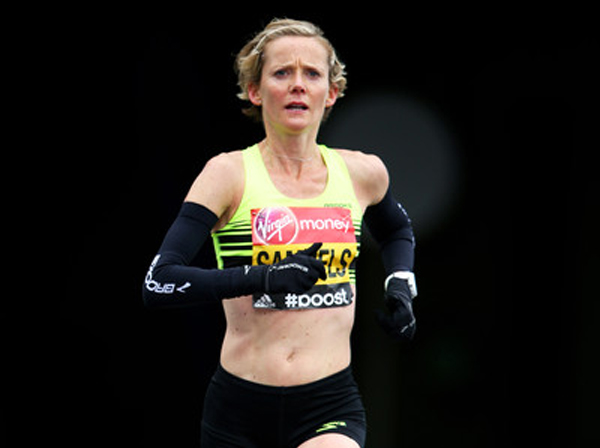 Stars lead a flood of entries for Babcock 10K Series

Organisers of the popular Babcock 10K Series are looking forward to their best ever year with record entries, high profile runners already into their stride and plans for an April training night and presentation by Olympian Sonia Samuels.

Annabel Simpson from Fife and Glasgow University will be defending her Helensburgh title and the Taylor Wimpey-West of Scotland Trophy. Two weeks ago she claimed the silver medal in the Scottish Cross-Country Championships in a waterlogged Callander Park in Falkirk.

Last weekend Simpson led home the women on the first leg of the Allan Scally Relays on Glasgow Green. In doing so she set a new course record of 16 mins 19 secs for the 5km loop and left host club’s Fionnuala Ross over 40 seconds behind. Fionnuala plans to defend her titles and course records from Dumbarton and Shettleston.

Sale’s Sonia Samuels (pictured above), who ran for GB in the Rio Olympic marathon, makes the long journey north to race in Helensburgh. She recently finished fourth fastest in the English National Cross-Country Relays and followed that up with a win in the North Eastern Counties Cross-Country in Alnwick. Look out for Sonia’s training programmes which will be appearing soon on the Babcock series website. She is also planning a training night and presentation in Helensburgh in April. Details to follow shortly.

Meanwhile Helensburgh and Shettleston record holder, Weynay Ghebresilassie from Shettleston is shaping up well and finished 10th in the Vitality Big London Half on 1 March in 1:04:19 beating Olympian Derek Hawkins and Commonwealth bronze medallist, Robbie Simpson.

Weynay is heading for a spell of altitude training in Ethiopia before defending his Babcock titles. Clubmate Paul Sorrie is the only man to have lifted the Andrew Henderson Trophy twice in 2013 and 2016. Paul will be heading to Helensburgh for another tilt at the title.

Series entrants will receive a Babcock 10K Series commemorative T-shirt from More Mile. Finishers in each race will receive a specially designed series of medals and a goody bag containing Start Fitness running accessories. Strathmore Water will be keeping runners refreshed and rehydrated with six thousand bottles of water.

TO ENTER OR FIND OUT MORE AT THE SERIES WEBSITE